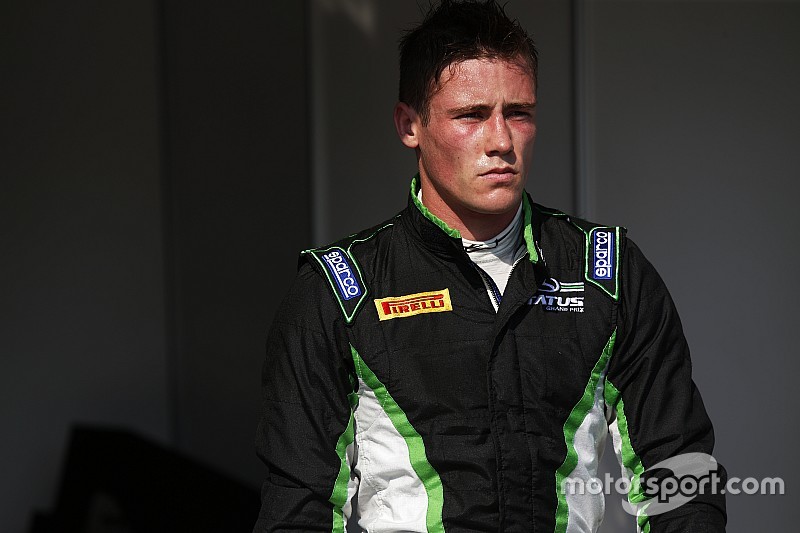 Richie Stanaway says he is aiming to make a full-time switch to V8 Supercars in the future, should the right opportunity come along.

Stanaway, 24, is currently a factory Aston Martin driver in the World Endurance Championship. But he will pair that with a V8 Supercars programme with Prodrive Racing Australia this year, having signed on to partner Chris Pither in the Super Black Racing entry at the endurance races.

It may not be a one-off, either. Stanaway, who drove the SBR Ford at Winton for the first time last Friday, says he’s keen on making a full-time switch to V8 Supercars.

That would allow him to relocate back to Australia, close to his native New Zealand.

“I’d love to do it, for sure,” he told Motorsport.com.

“It’s close to home for me, and this is what I grew up watching on TV. It’s what got me excited about going racing as a kid to begin with.

“I just feel so much more comfortable being in Australia or New Zealand. And it’s a main series; there’s five or six key motor racing championships in the world – and this is one of them.”

Stanaway added that it’s not just geography that has him eyeing a V8s drive, but the idea of being able to run at the front rather than the multi-class set-up in the WEC.

“The WEC is great, and so is racing with Aston Martin,” he said.

“But here in V8 Supercars, it’s the main show. It’s a full field of cars that a very close, it’s very competitive. I’ve never been a big fan of multi-class racing, which is why it’s been good to combine the WEC programme with GP3 and GP2. It helps maintain that aspect of being in a sprint racing championship.

“This year, just doing WEC… it’s nice to have this enduro gig pop up. Doing some of the biggest races in the world, it’s going to be a great experience.

“It’s pretty cool racing in Europe, but I’d love to do V8s long-term. Whether or not there is an opportunity or not, I’m not sure. I’m just happy to be for the enduros this year. We’ll see how we get on.

Cars tricky to figure out

With next to no previous V8s experience, Stanaway faces and uphill battle getting used to the car before the Sandown 500 – something that he said he realised when he took part in the co-driver session at Winton last Friday.

“It’s never going to be easy when you haven’t done a lot of milage,” he said. “The guys here in Australia have groomed themselves to drive these cars.

“It felt very strange at first, but I think if I do some more running, I can get my head around it. You’ve got to start somewhere.”

Stanaway took part in a ride day at Winton on Tuesday, and will take part in at least one more Friday practice session ahead of Sandown.

While Sandown clashes with the Austin WEC round, Stanaway says he is confident he will get clearance from Aston Martin to take the SBR seat for the weekend.

"It’s not as serious as it seems,” he said of the clash.

“I’m reasonably confident that I’ll be at Sandown, otherwise I wouldn’t have made this commitment. We should be fine.”