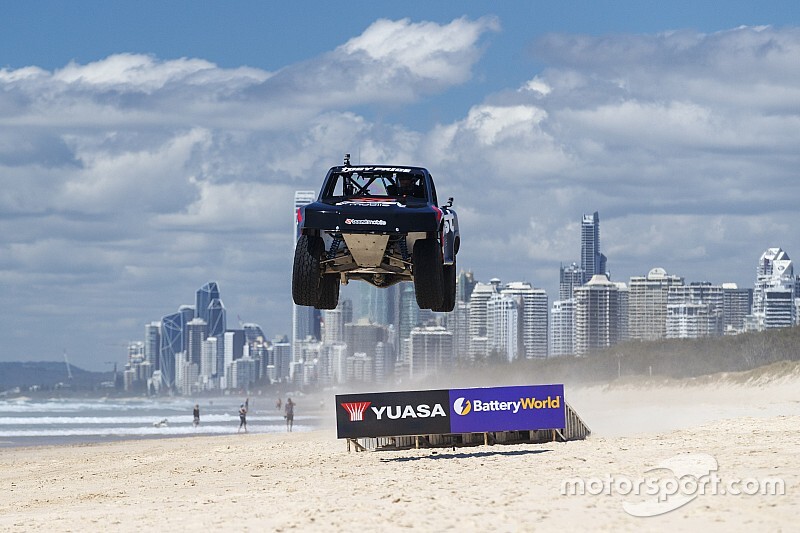 The Stadium Super Trucks will appear on the Supercars support bill eight times next year.

The American series is making its return to the Supercars undercard on the Gold Coast this weekend, following a year-long hiatus due to safety concerns.

The Surfers Paradise outing is an appetiser for a bolstered Stadium Trucks presence at Supercars races in 2020, with a full eight-round schedule now locked away.

The Aussie SST season will start at the Adelaide 500, before taking in Symmons Plains, Pukekohe, Perth, Townsville, Darwin, Sydney Motorsport Park, and the Gold Coast.

Five of the rounds will form an Australian Championship, while three will be classed as 'Australian vs USA' events. The exact structure of the calendar is yet to be confirmed.

“It’s great to now have all rounds in place and be able to announce and continue to move forward with the positive news around the series,” said SST Australia general manager Nathan Cayzer.

“When the series first came to Adelaide in 2015 the hype was wild and I knew then that with time we could get a full series in Australia and continue to work with Robby [Gordom] to build his series around the word.”

Supercars CEO Sean Seamer added: “It’s great news we have been able to get eight rounds of the Super Trucks locked in for 2020 in addition to the Gold Coast event this year.

"I’m thankful to Robby and Nathan to have been able to get a partnership in place, it’s really exciting for our series and our fans.”