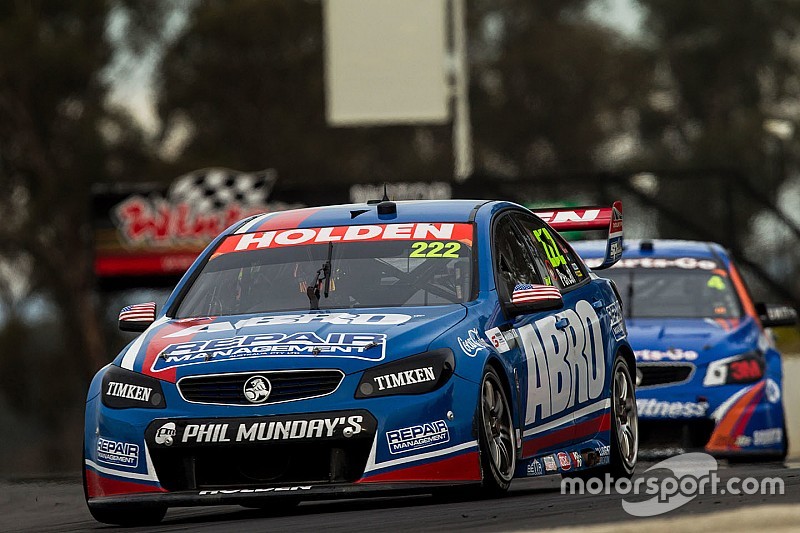 A sponsorship deal gone wrong has seen Supercars team LD Motorsport without a primary backer for this weekend’s Townsville 400, thanks to a last-minute injunction at the Brisbane Supreme Court.

Brisbane newspaper The Courier Mail reports that Gold Coast business owner Travers Beynon today won an injunction in the Brisbane Supreme Court that has forced LD Motorsport into removing the livery it intended to run this weekend, as well as paying Beynon back $250,000.

According to an overnight report from the paper, the issue stems back to an apparent $6 million sponsorship deal between the tobacco tycoon and the Melbourne-based team which would have seen Beynon’s Freechoice Tobacco retail brand on the two cars.

That deal was reportedly blocked by Supercars.

The team then planned to run in a black and gold ‘Candyman’ livery, a nod to Beynon’s Candy Shop Mansion on the Gold Coast (an “infamous mansion, notorious for lavish parties and wild nights” according to its website), in Townsville this weekend.

But the deal has since turned sour, Beynon claiming that the team has reneged on the original deal. His successful injunction means the cars are without a livery, and a quarter of a million dollars in allegedly paid sponsorship fees has to be returned.

Words with Cam Waters: Fun in the Sun