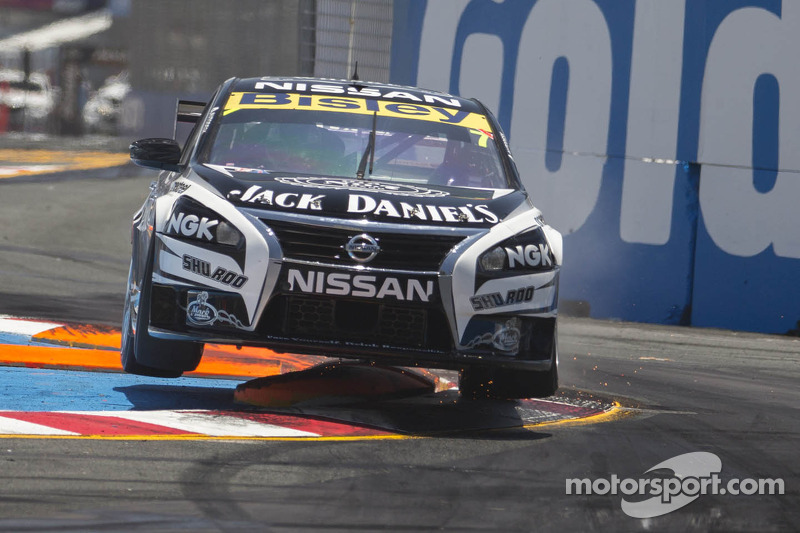 Both drivers posted top-ten form in their Nissan Altimas.

The Jack Daniel's Racing duo of Rick and Todd Kelly made a strong start to their Winton Motor Raceway campaign, with both drivers posting top-ten form in their Nissan Altimas.

In a day of changeable weather conditions, teams had to battle red flag interruptions which made life difficult in the three 20-minute long sessions. 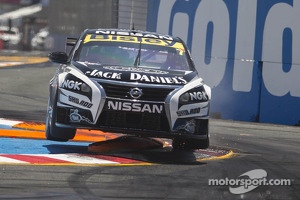 In the final run of the day with fresh tyres on board, both drivers had disrupted runs, which masked the true speed of the cars.

Still, Rick's time from the third session was well under his own practice lap record.


"It was a really interesting day," said Rick Kelly.

"I've never felt track grip like that here at Winton, we went out in the first session after watching some rubber and track surfacing repairs flying everywhere, and we weren't sure what was going to happen.

"The early Development Series times through were pretty slow, but we went out and the grip was exceptional, and the lap times were lightning quick.

"That was a good session for us, then it rained, it wasn't too bad in the rain, we need to do a bit of work on that, and then we had a reasonably dry run in last practise session.

"It was obviously hindered by a couple of red flags which hurt our runs a little bit, and then at the end we just buggered up the last run.

"All in all we're pretty happy, we're in the top-ten in all three sessions, we've got a lot of information and a lot of work to do.

"It's quite exciting to come to Winton and have the track in such different condition to what it normally is.

"You could see in the last session that it was under the lap record with some very, very quick times."


"The car was not too bad this morning, and in the wet we didn't get a chance to put our wet weather setup in, but we were still half reasonable," said Todd Kelly.

"That last session there we put a good set of tyres on at the end, which was really our only opportunity to do a run and see what the car was going to be like.

"A moron pulled out of pit lane with complete disregard for anyone other than himself when I was on the first of my two flyers.

"I caught him and it ruined the lap, so I had to sacrifice my first lap to get a gap back again, because he clearly wasn't going to let me by given that he had just pulled out of pit lane.

"So I gave him an absolute country mile, then on the second lap the car felt really hooked up and amazing, and I caught him again two-thirds of the way through the lap because he speared off about three corners in a row.

"Again he could not care less what was going on around him or behind him, so basically I did not get a single lap time with the tyres on, which is a shame because the car felt unbelievable, and it should have put us somewhere.

"Instead we're nowhere, with a bit of question mark over it, we need to go over the data and compare it to the other guys and see roughly where we would have been."

Team BOC back on form at Winton