At the height of the cold war between Supercars and the then-Bathurst 12 Hour owners, Nissan pulled a PR coup that involved sneaking an Altima into Mount Panorama.

Supercars may own the Bathurst 12 Hour now, but five years ago it the series and the event were at war.

It was a cold war, mostly, with Supercars carefully framing its actions as anything but an attack on the Bathurst 12 Hour and its rising popularity.

However a decision to hold the official pre-season Supercars test on the same weekend as the 2015 Bathurst 12 Hour was construed by many as a deliberate attempt to undermine the GT3 movement in Australia.

What the clash did was effectively rule out any full-time Supercars driver from taking part in the 12 Hour. According to Supercars rules, full-time drivers were required to be at Sydney Motorsport Park all weekend, which meant no travelling between the two.

The strategy from the Bathurst 12 Hour side, at that point owned and run by James O'Brien and his Yeehah Events company, was to pretend Supercars didn't exist.

And that posed a problem when Nissan wanted to launch its factory Supercars livery alongside the factory-backed GT-R, at Mount Panorama, on the Thursday before the 12 Hour.

He could see the benefit, but getting the Altima into Mount Panorama required some favours from event management – and O'Brien wasn't keen on helping anyone or anything related to Supercars.

"A lot of it from the 12 Hour side was that we didn't want to engage with [the Supercars clash] at all," he says.

"The directive from the team running the event was to ignore it, pretend it's not happening. We just wanted to focus on our own thing, do our own race and not interact with or worry about the clash whatsoever.

"When the ball started rolling in trying to get this happen, and Grant and Chris came to me and said 'hey we have this idea, we can't get the GT-R to Sydney but we're willing to bring the Supercar to Bathurst', I took that upstairs. 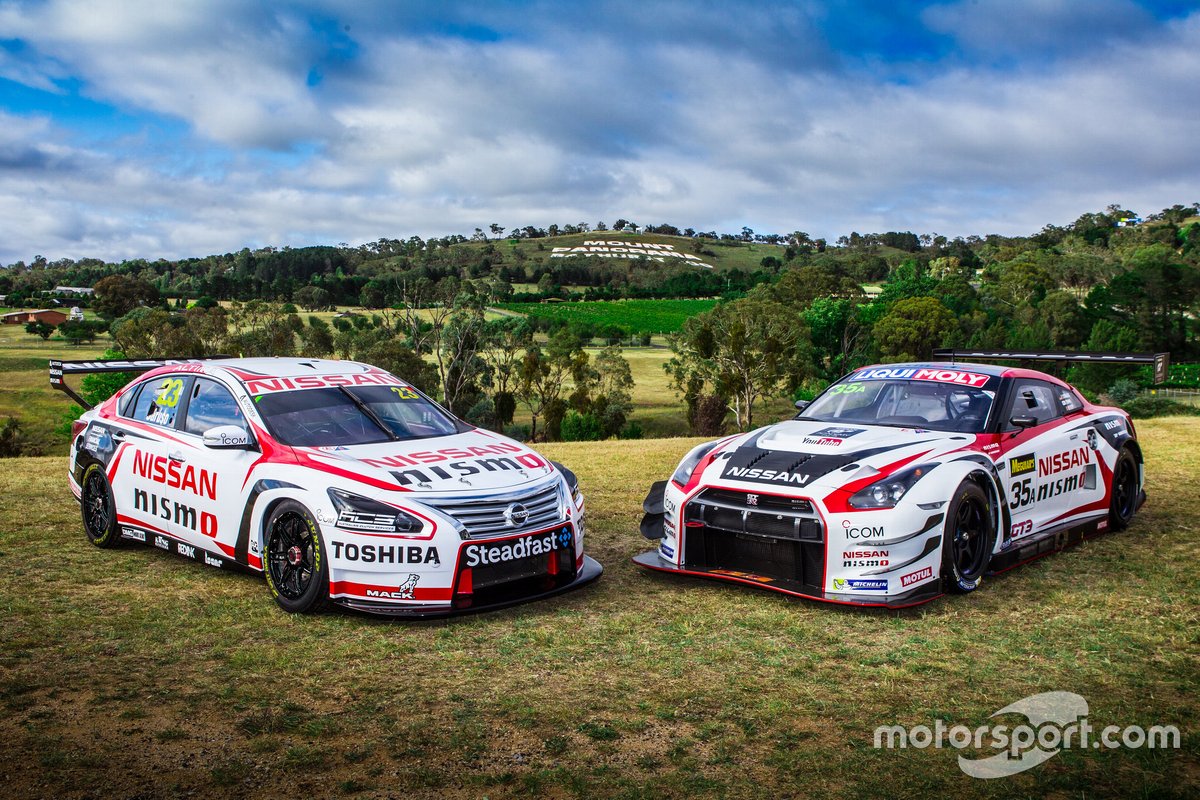 "The response was that it was logistically a pain in the arse. It was bump-in day for the support categories, the paddock was going to be full of trucks, and it was a headache that no one at the event really wanted to manage.

"It wasn't so much an anti-Supercars thing. It was more that it was a logistical nightmare. Having said that, I'm sure there was an element of 'why would we give Supercars anything?'.

"I think the only reason it got over the line in the end was that it was Nissan. They'd been such a great supporter of the 12 Hour, and had been quite vocal about the clash and all the drama that was going on. That was probably what got it across the line. If it was any other team, it wouldn't have happened."

The result was an informal agreement that it could happen, but it had to be quick and clean.

"It came down to the Tuesday night," adds Craill.

"I was sitting in my hotel room. I'd pushed as hard as I could with James O'Brien to get it to happen. I could see the PR benefit that we'd get as an event by helping to facilitate it. He basically told me 'if it happens, it happens. I don't want to know about it. And if something goes wrong, it's on you'.

"So I went back to Grant and said 'alright, let's do it. But we can't stuff up. We have to get the transporter in and out by 8am'.

"We drove the truck in from Mountain Straight, drove up through the campground, the Supercar rolled out of the truck, the GT-R was already there, we took the photo, rolled the car back in the truck and it was out.

"It worked seamlessly, to the point where James came to me afterwards and asked me if it had happened. He didn't even notice the transporter coming in and out. It was the perfect outcome.

"It was really cool. It felt a bit cloak and dagger, which was fun. And very reflective of the climate at the time."

The Altima was back in Sydney later that day and took part in the Supercars test with Michael Caruso at the wheel over the weekend.

And on the Sunday the Nissan GT-R, driven by Katsumasa Chiyo, Florian Strauss and Wolfgang Reip, took a thrilling win at Mount Panorama.

That was the one and only Supercars/Bathurst 12 Hour clash. Later that year Supercars bought Yeehah Events' stake in the race and has been at the helm ever since. 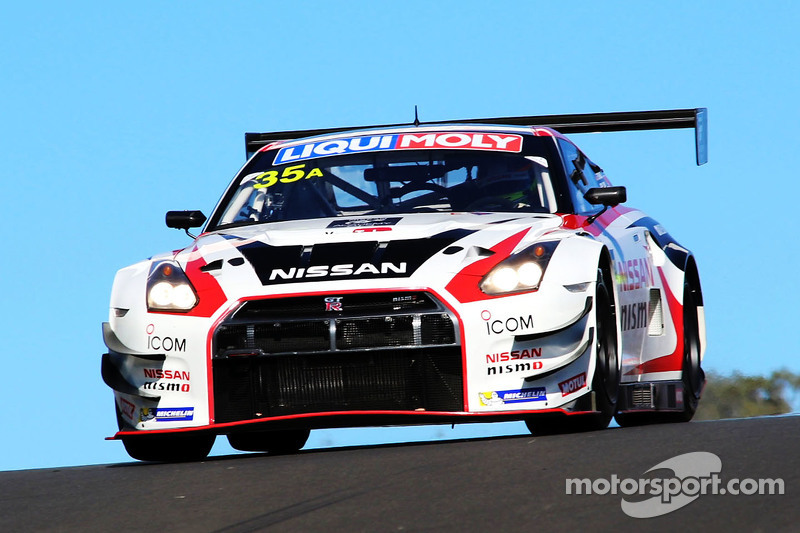