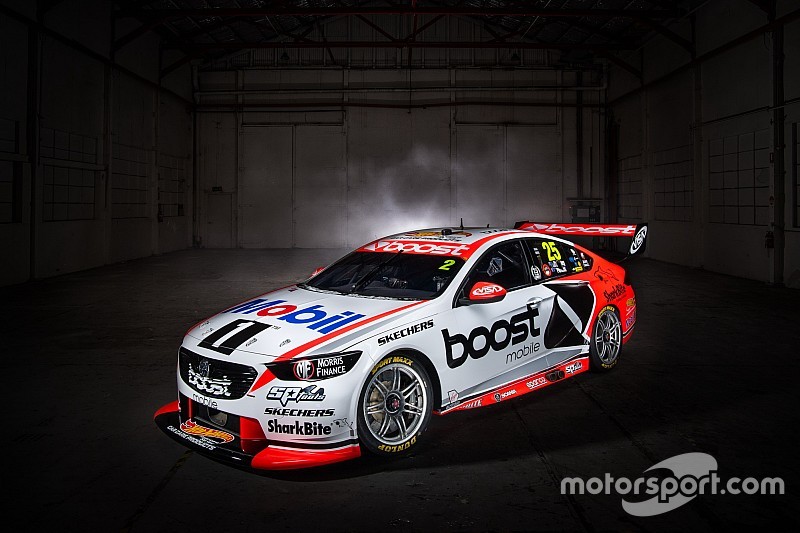 Walkinshaw Andretti United has channeled Mark Skaife's final Holden Racing Team livery for its retro look ahead of the Sandown 500.

The former Holden factory squad will run a livery inspired by the 2008 HRT cars at the traditional Bathurst warm-up this weekend, paying tribute to what was Skaife's final season with the team, and then-reigning Supercars champion Garth Tander's first.

"There’s no denying the power in our history," said team co-principal Bruce Stewart.

"It’s a livery and period which our fans are so passionate about, and we are delighted to bring that to life at Sandown.

“We have a diverse fan base, both young and old, so we wanted to pay tribute to a livery that is recognisable with all age groups, and that was so well-loved across generations.

“It’s also fitting to pay tribute to the contribution that Mark Skaife made to this team. He is not only a legend of this team, but the sport as a whole.”

The re-work of the design was done by renowned Holden artist Peter Hughes, who also penned the original '08 HRT car.

"It was a nice surprise to get the call, inviting me back down to Clayton to develop the WAU 2018 retro round livery," he said.

" I've had such a long and rewarding association with this team, so being re-united and catching up with so many familiar faces was fantastic.

“Walkinshaw Andretti United chose the 2008 livery as their base, and it was a blast re-imagining one of my old liveries a decade later, onto the ZB Commodore.

"It was a clean and simple layout, so it didn’t take too much fettling to get it onto the new car’s shape, and the colours and break up work well with the current day partners.

“We’re all pretty happy with the end result, and I’m sure it will bring back many great memories when it rolls out at Sandown, not only for me, but for all long-time fans and members of the team."

Regular WAU drivers Scott Pye and James Courtney will be joined by co-drivers Warren Luff and Jack Perkins for the upcoming endurance rounds.