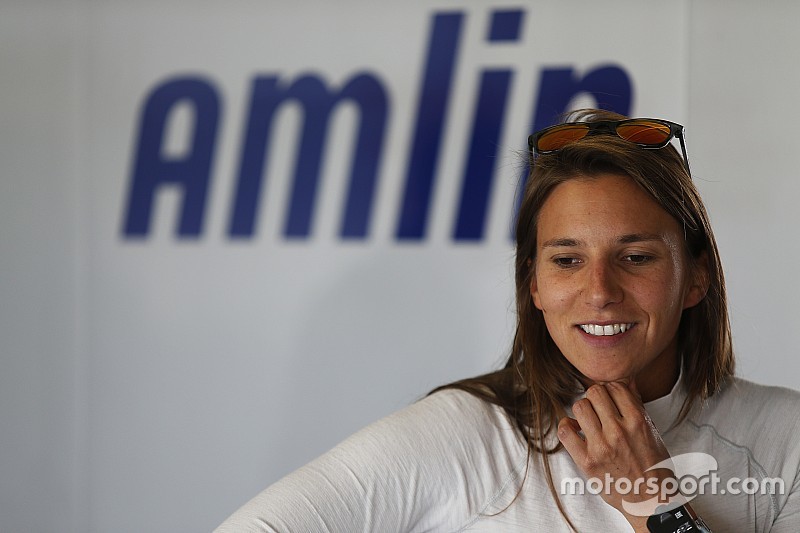 Simona de Silvestro and Renee Gracie will pilot a fifth Ford Falcon for Prodrive Racing Australia as a wildcard entry.

Swiss racer Simona de Silvestro is set to team up with Renee Gracie in an all-female wildcard entry for this year's annual running of the Bathurst 1000 at Mount Panorama.

De Silvestro, 26, comes from an open-wheel background with 68 IndyCar starts, two in Formula E and a tenure as an 'affiliated driver' with the Sauber Formula 1 squad, testing for the team during the 2014 season. She also has five starts in the Indianapolis 500.

Gracie, 20, is a native of Queensland and has spent the past year racing in the V8 Supercar Dunlop Series. Her best result this season (so far) is 13th in the second Perth SuperSprint race.

They will compete as a third Ford FG X Falcon for Prodrive Racing Australia, which currently fields two cars on a regular basis with by Mark Winterbottom (championship leader) and Chaz Mostert (reigning Bathurst 1000 winner).

They are the first female duo to take on the mountain since Melinda Price and Kerryn Brewer did it in 1998, finishing 11th. This announcement, along with the news of the Russell brothers joining the field, puts the Bathurst 1000 grid at 27 cars.

Insights with Rick Kelly: From postman to professional racer