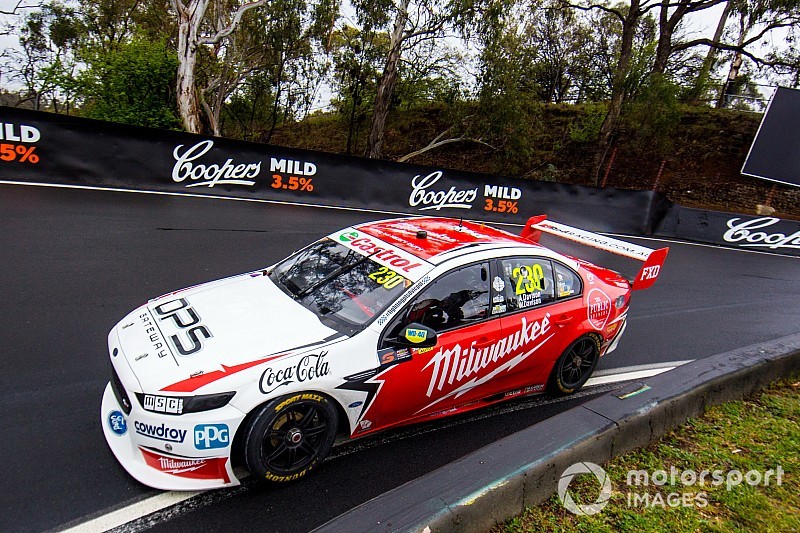 There could be seven Ford Mustangs on the Supercars grid at times next season, with 23Red Racing eyeing a Wildcard programme with its spare chassis.

As it stands there will be six new-for-2019 Mustangs on the grid at every round next season, two DJR Team Penske cars and four run out of the Tickford Racing stable.

The quartet of Tickford Mustangs will include the full-time 23Red entry, team owner Phil Munday having inked a deal to shift his customer operation into Tickford's Campbellfield workshop.

That's opened the door for Munday to consider a Wildcard entry for next year, given that he has both space and equipment in his existing Kilsyth workshop, and a spare chassis that he purchased earlier this year.

With plans to re-skin both Will Davison's regular mount and the spare car in Mustang panels, Munday reckons he'll genuinely assess bringing a seventh Mustang to the grid at times next season.

Should it happen, the Wildcard entry would be run out of Munday's own Kilsyth workshop, which he's retaining thanks to a deal to make and distribute Mustang composite parts to the other Ford teams.

“I am building a second Mustang, converting my other car, so if the right opportunity arises, it’s definitely a possibility,” he said.

“In my workshop at Kilsyth, where all the composites are, I’m building a mock garage where that Mustang will sit.

“It’ll be a full-on race garage with all the stuff we’ve got that we won’t need, because we’ll be using all the Tickford stuff.

“The car will sit in there for when we do our corporate days with sponsors, because it’s got a bar in there too, so it’ll be a nice set-up.

“It’ll sit in there and if the opportunity arises we’ll run a Wildcard with it."

In terms of drivers, one option would be to give Davison's brother Alex – expected to return as the team's enduro co-driver this year – some extra miles leading into the long-distance season.

However Munday says there's also scope to give young talent a break in the main series.

“A young guy would be good, someone out of Super2 who shows a bit of potential,” he said.

“But we’ll just play it by ear and see what happens, there’s no definite plans.”