Scott McLaughlin has aspirations to race in NASCAR 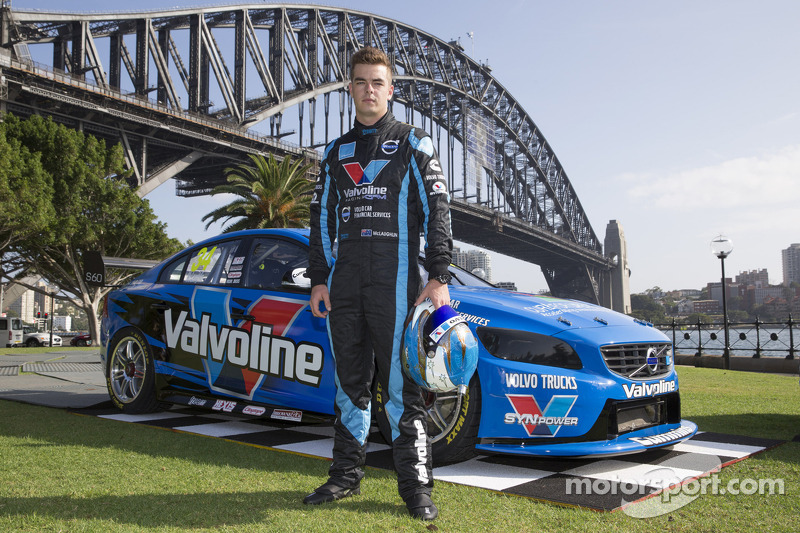 Scott McLaughlin is a rising star in the Australian V8 Supercar Series and considered by many a legend in the making. In 2013 (his rookie season), he became the youngest winner in series history (19 years old) and later backed the victory up with a second win a few months later.

In 2014, Scott's popularity skyrocketed after his breathtaking late-race duel with five-time V8 Supercar champion Jamie Whincup at Adelaide. After a lot of pushing and shoving, McLaughlin prevailed over the legend and took home a 2nd place finish. As if that epic battle wasn't enough to increase his notoriety tenfold, he went on to give this now famous statement when asked about the fight with Whincup - "I just plucked her in first, gave it some jandal, and (expletive) yeah!"

McLaughlin has a very bright future in V8 Supercars, but he's aiming for a very different goal than what most would think - he aspires to race in NASCAR. He plans on attending the NASCAR Sprint Cup race at New Hampshire Motor Speedway in July, and will meet with former Sprint Cup champions Bill Elliott and Tony Stewart. And no, he will not be giving anything (besides maybe a golf cart), any jandal that weekend. He's there strictly as a spectator.

If the Kiwi were to make the leap, he wouldn't be the first V8 Supercar star to do so. Marcos Ambrose, who won the V8SC championship in both 2003 and 2004, has been racing full-time in NASCAR since 2006. He has amassed six victories between the Nationwide and Cup divisions and currently drives the No. 9 Ford Fusion for Richard Petty Motorsports.

When talking to V8Supercar.com.au about NASCAR, McLaughlin had this to say;

“I love how they race every weekend, the sponsor involvement and the professionalism. It is just so cool and it appeals to me enormously. “When I went to Texas last year, I fell in love with America in four days.” -

He also revealed to them that he still wants to take care of business in Australia before tackling the pinnacle of stock car racing. There are two accomplishments in particular that he wants to knock off his hit list before making any decisions about joining the NASCAR circuit - winning the Bathurst 1000 and becoming a V8 Supercar champion.

Those are two feats that aren't too far out of reach when you're talking about a racer the caliber of Scott McLaughlin.

Mark Winterbottom claims his first victory of 2014 at Winton