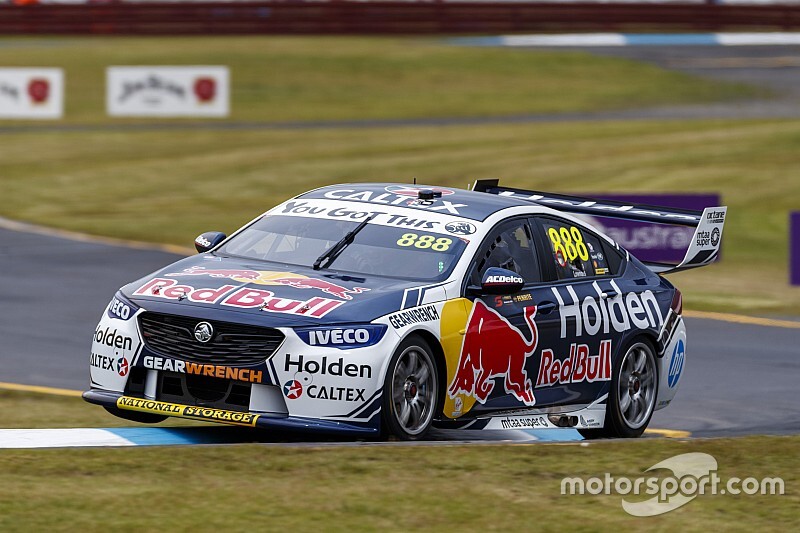 Craig Lowndes set the co-driver pace to round out Friday practice for the Sandown 500.

The Red Bull Holden driver spent much of the half-hour session sitting behind teammate Garth Tander, before a rapid two-lap stint on a better set of roaded Dunlops at the end.

“We got told a rain shower was coming, so we were all hustling at the start to get some laps in,” said Lowndes.

“We made the car better over that session, there’s no doubt about that. And that’s always what I’ve loved to do, develop a car.

“We got a bit of a balance we wanted, put a set of tyres on that Jamie had previously run. It took three laps though to get the tyre pressures and the balance right, but we were hustling it.”

Penske driver D'Alberto was just 0.06s shy of Lowndes, with Kelly Racing's Wood within a tenth of the ultimate pace as well.

Having not improved at the end, Tander slipped back to fourth ahead of Jack Perkins and Ash Walsh.

Will Brown was seventh in the Erebus Holden, James Moffat and Alex Premat the next best Mustangs behind D'Alberto in eighth and ninth.