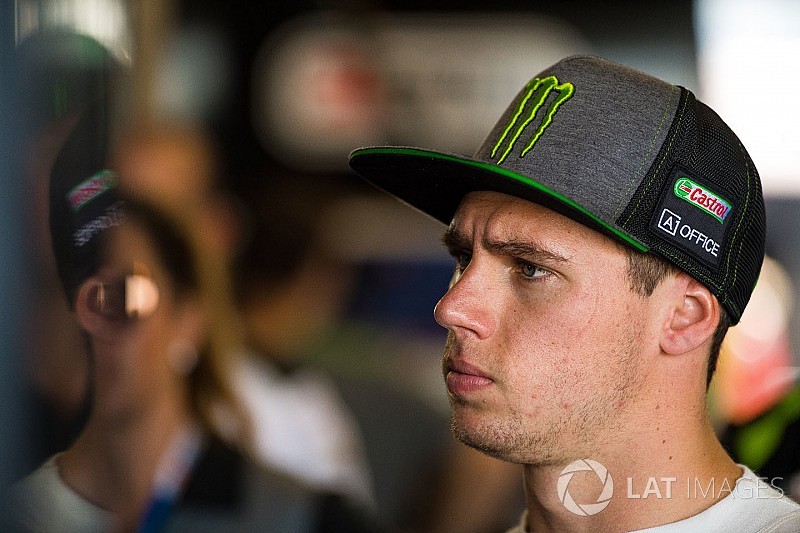 Cam Waters and Richie Stanaway are the official polesitters for the 2017 Sandown 500, after Waters won the second qualifying race at the Melbourne circuit.

Waters started the 20-lap main driver qualifier from the inside of the second row, but was in the lead by the time the field got through Turn 1 on the opening lap.

From there he led all the way to the finish, although it was far from straightforward; not only did he have points leader Scott McLaughlin breathing down his neck the entire time, Waters also had to deal with mechanical concerns after his engine temporarily cut out on the exit of Turn 1 early in the race.

But the Prodrive Ford driver was up to the task, holding off McLaughlin to take his first main game race win – although it technically won’t count as one given the qualifying format – and more importantly pole position for the Sandown 500.

“Richie did an awesome job in his race. I got a mega start and the car is amazing, we’re in a really good spot for tomorrow.”

McLaughlin came home second, securing a front row start for him and Alex Premat, while David Reynolds and Jamie Whincup staged a tight battle over third and fourth. In the end the Erebus driver, who started from pole, did enough to grab the inside of the second row, despite a last-lap lunge from Whincup.

Chaz Mostert finished fifth ahead of Fabian Coulthard, while Dale Wood was one of the surprises of the race, coming home an impressive seventh in the #99 Erebus Commodore.

Garth Tander was next, ahead of Mark Winterbottom and Nick Percat.

Shane van Gisbergen made little progress through the field after starting at the back, an early off contributing to the Kiwi coming home just 19th.

Triple Eight stablemates Craig Lowndes and Steve Richards will start the Sandown 500 from the very back of the field, Lowndes forced into pitlane and out of the race midway through with a power steering failure.