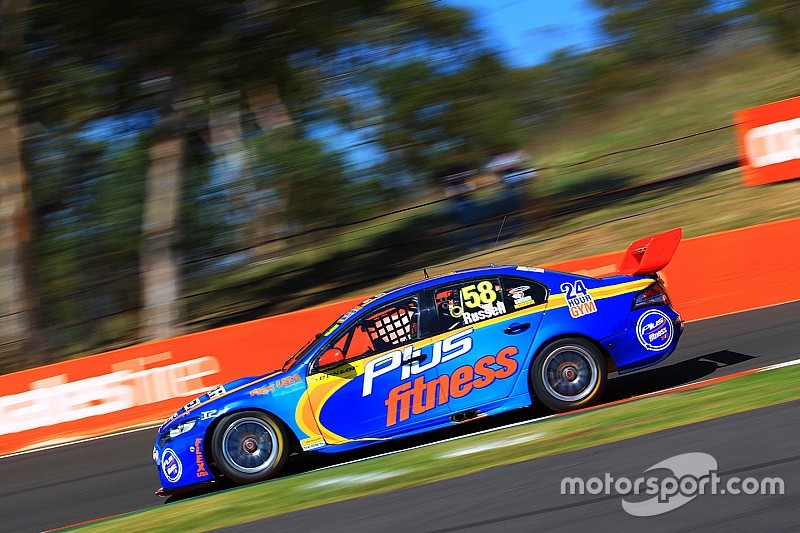 Drew and Aaren Russell will compete as a wildcard entry at this year’s Bathurst 1000.

The Russell family’s Novocastrian Motorsport team has run in the development series for a number of years, first with Drew and now with Aaron at the wheel.

But the brothers will combine to realise a dream at this year’s Bathurst classic, locking down a wildcard entry to The Great Race.

The duo will run a Garry Rogers Motorsport VF Commodore, which will be prepared by GRM and then run by Novocastrian.

“To do with it with my family and our own team makes it even more special,” Aaren Russell told the official V8 Supercars website.

“Motorsport is our passion, it’s something we go ‘all in’ on and the sacrifices we’ve all made show just how committed we are to it.

“To be heading to Bathurst to compete in the most famous race in Australian sport is very special and not something I am taking lightly.

“We have huge respect for all of the V8 Supercars Championship teams competing at Bathurst. We’d like to simply stay out of trouble, fly the flag, complete the race and be happy with our day’s work.”

Despite a number of development series starts, it will be the first 1000 appearance for either Russell brother. Their father Wayne, however, started the race four times (between 1994 and 1997), with the brothers to run the same #62 used by their dad.

The Russells will be one of three seats of brothers in the field, joining the Davisons (Will and Alex) and the Kellys (Todd and Rick).