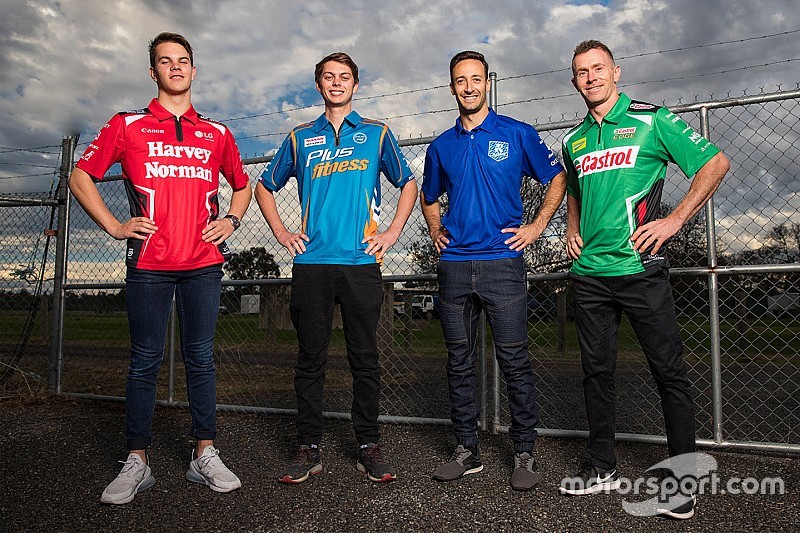 Alex Rullo and Dean Fiore have been confirmed as Kelly Racing drivers for the Supercars endurance races.

The West Aussie pair were expected to return to the Nissan squad this season, their spots alongside Simona de Silvestro (Rullo) and Garry Jacobson (Fiore) having now been made official.

Both drivers have already sampled their 2019 rides too, thanks to this morning's 30-minute additional drivers session at Winton.

For Fiore it's a sixth consecutive enduro campaign with the team, although a first not paired with Michael Caruso.

“It’s just like coming home again for me," said Fiore. "I absolutely love my time [with Kelly Racing] and really looking forward to pairing up with Garry.

“It’s interesting because Garry has done six years of Super2, so yes he’s a rookie in Supercars, but he’s not really a rookie when it comes to driving a Supercar. He knows exactly what he’s doing.

"I’m there to back him, I’ll be just be doing my job. So I’m really excited about driving with him.”

Rullo, meanwhile, is back for a second year with de Silvestro, while also forming part of KR's four-car TCR Australia programme.

“It’s great to be able to partner with Simona once again for the Supercars enduro cup," said the 18-year-old.

"I’m stoked that the team chose to put me in their Supercar again, and Simona has been good to work with in the past.

“I did Super2 last year fulltime and this year I’ve moved into TCR with Kelly Racing, so it’s great to be able to continue my relationship with the team.”

Bryce Fullwood and Dale Wood have already been confirmed as KR enduro drivers, teaming up with Andre Heimgartner and Rick Kelly respectively.