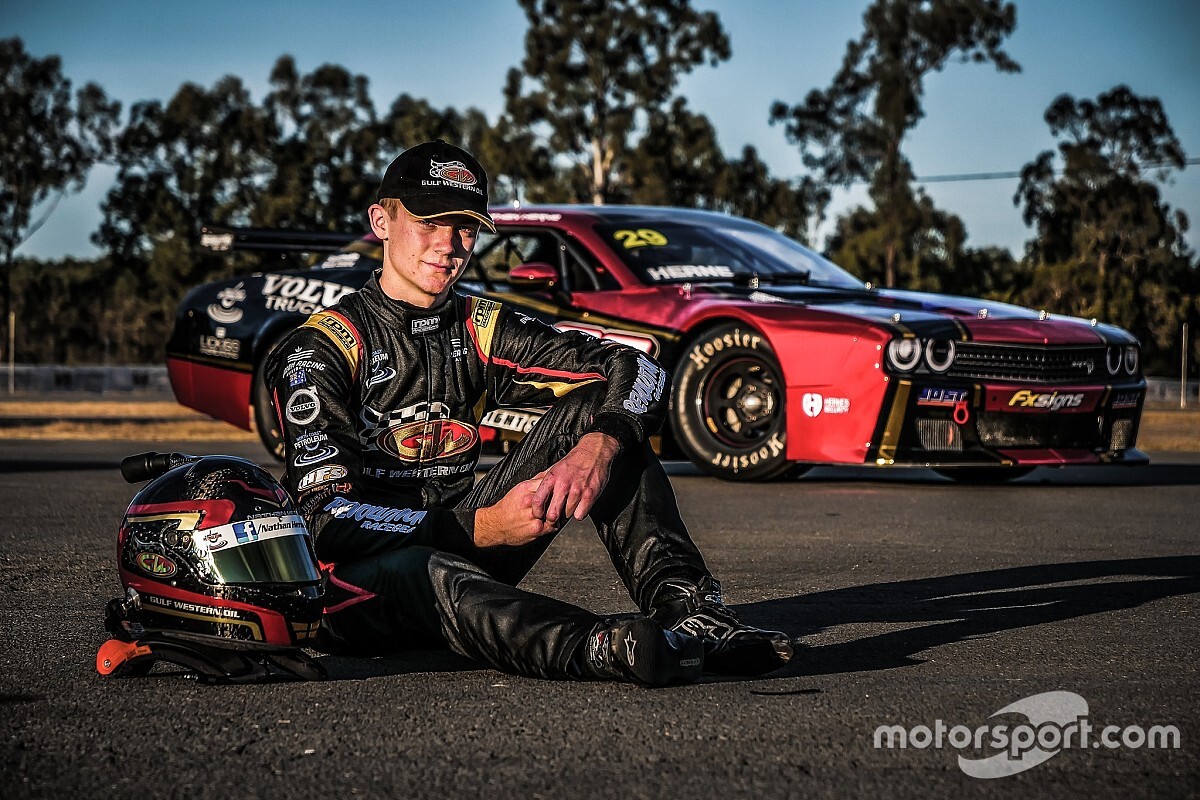 Supercars rookie Nathan Herne says he doesn't agree with Motorsport Australia's decision to block him from racing at this year's Bathurst 1000.

Herne was locked in to make his Bathurst 1000 debut in a Garry Rogers Motorsport wildcard entry, paired with fellow teenager Tyler Everingham.

However there are now serious doubts over whether the entry will go ahead, after Motorsport Australia last week denied Herne a dispensation for a Superlicence, based on his lack of experience in Supercars hardware.

An appeal process involving potential legal action is currently underway, while GRM has pressed on with plans to field the entry with both Everingham and Herne at the wheel.

The preparations have included a two-day test at Winton last week involving both drivers, while GRM staff are already undergoing quarantine to get access to New South Wales.

According to Herne the past few weeks have been a rollercoaster, from finding out he had the seat in the first place, to being denied the licence exemption and now unsure if he'll be on the grid.

"To have that opportunity come, it absolutely shocked me," he told the Parked Up podcast.

"I worked my arse off and we started to get closer and closer to the event, and it started to feel a bit surreal. And then it sort of all fell apart in front of me. I went from being on cloud nine to back down to ground level."

Herne has been denied on the ground of a lack of Supercars experience, the TA2 regular having only completed one proper test before the two-day hit-out with GRM last week.

That's a key difference to someone like Broc Feeney, who was granted an exemption for Bathurst despite also not having enough points, thanks to a title-winning season in Super3 in 2019 and a Super2 campaign this year.

Herne, however, disagrees it should make a difference, arguing that not being able to afford a second or third tier Supercars seat shouldn't be a career road block for young drivers.

"I don't really agree with the choice at all," he said.

"I don't like throwing other people under the bus, [but] Broc Feeney got his Superlicence no questions asked.

"We've got similar points, we're similar age, I've probably got a bit more experience than him. He got through and I didn't.

"Broc deserves to be there, I'm not taking anything away from him. But I thought I deserved to be there as well.

"I was a bit upset. This is what you dedicate your whole life to. I finally thought I had and opportunity to make a career of motorsport, and it was going to be pretty big for a bloke from Lismore who's come through TA2 and hasn't had the budget to come through Super2 and Super3.

"To finally have the opportunity to race at Bathurst, and then have it taken away from you, is pretty hard. But I have Barry [Rogers] and Garry [Rogers] fighting for me in my corner, and I couldn't ask for two better blokes to be doing it.

"It's a kick in the guts to think if you don't go through [Super3 and Super2] you can't make it into main game Supercars anymore. That's what we're all fighting for at the moment. We're not fighting to get myself into a seat. Obviously that's the end goal, but it's for kids like myself who don't think they can make it, to have someone there who's in the race and hopefully doing well, and can try and open the door for everyone else to make it through."

Herne added that, given he plans to continue to race in TA2 rather than switch to the Supercars pathway, the appeal process for next month's race is "do or die"

"If I don't get in this year I won't get in next year," he said. "If I don't race in Super2 or Super3 I won't be able to get any Superlicence points. So it's sort of do or die this year."

Herne has no qualms about his lack of Supercars experience either, claiming the GRM Holden felt easy to drive compared to a less-refined TA2 car during the Winton test.

"Hopping into the Supercar after doing TA2... it was quite an easy car to drive," he said. You've got a lot of grip, the car points where you want, the brakes are massive. If the car starts to lose the rear end, you soften the role bars and that's it, the car's back to normal.

"We did 20 lap stints and all my laps were within three tenths of each other. I understand in a race it will be a different story, but Winton on a test day, it wasn't anything out of my capabilities. After a few laps I was on par with Tyler and James Moffat."