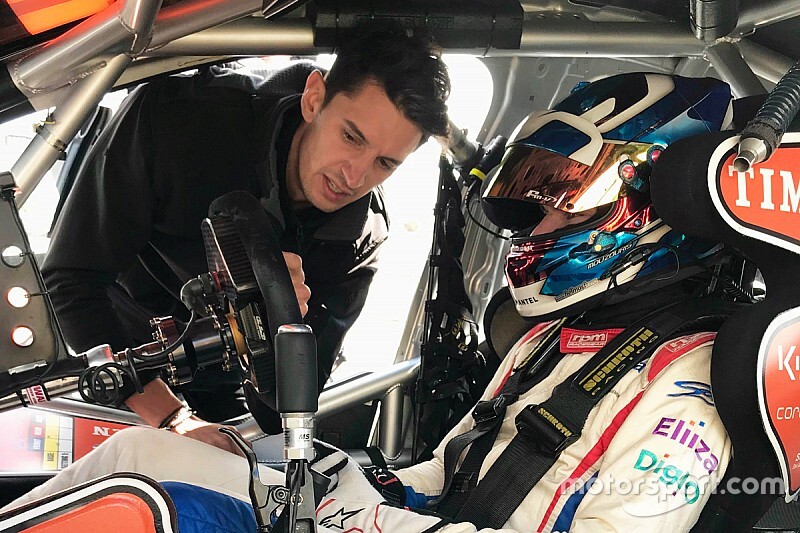 "The big thing, for me, is that we haven't seen many kids go from Formula Ford straight into a Supercar in the last few years," said Percat.

"I've been working closely and Ange, and I said to Brad [Jones] and my engineer Andrew Edwards, 'can we give this guy a few laps because I'm curious to see if we can still have the path of Formula Ford straight into Super2, without all this other driving'.

"It's the traditional way of doing it, where someone like Jamie Whincup would win the Formula Ford title and be on the grid at Bathurst a few weeks later.

"He's the Australian Formula Ford Champion. Years ago you'd be straight into [Super2] or have a junior contract with a team. That was my reasoning behind it.

Pushing for Mouzouris to have a test paid off for Percat, who was impressed by how quickly the young gun got up to speed despite very little tin-top experience.

"Ange did a really solid job. He built his way up to it, he listened... but the most impressive bit was the base he was working with," Percat added.

"Even his first few laps in the car, the way be braked was correct and the brake trace was really nice.

"The feeling he had from the car was bang-on, so it gave us confidence to let him have a crack. We ended up giving him a few sets of tyres and made set-up changes with him, because his feedback was really good.

"He's probably the best kid I've seen step out of anything. We had kids coming out of categories where they've had a roof over their head, and he went quicker than them all yesterday. It was quite impressive."

Mouzouris, meanwhile, was surprised at how quickly he adapted from a nimble, low-powered open-wheeler to the fire-breathing Commodore.

"I'd done about 25 laps in a Carrera Cup car before, but that's the extent of my sedan or tin-top experience," he said. "So jumping in a Supercar was a huge jump.

"It's quite strange, because initially I thought driving a 600-horsepower, 1.5-tonne car would be quite scary. But as soon as I jumped in, it just felt like another car. It wasn't daunting at all. Even my first lap I wasn't worried, I was quite comfortable."

He says he's now working on putting together a Super2 programme for 2020, the recently-announced $500,000 prize pool making the second-tier series the most attractive option as he chases his Supercars dream.

"Supercars is the goal, I've always wanted to race Supercars," he said. "It'll be Super2 or Carrera Cup next year.

"When they announced the prize pool, that was a big talking point for me and my dad. That budget incentive to race [in Super2] makes it a real option, so we're talking to some Super2 teams about next year."

Premat may not return to DJR Team Penske