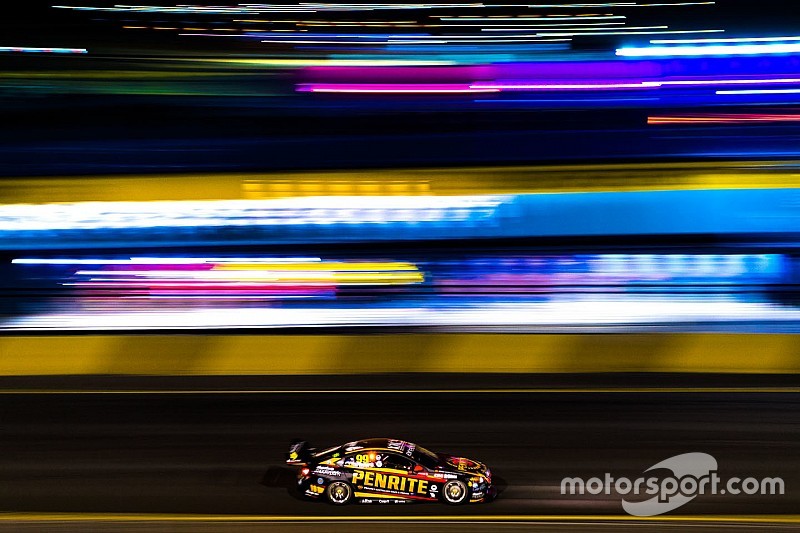 Star Supercars rookie Anton De Pasquale has been penalised for his run-in with Michael Caruso under lights in Sydney.

The Erebus and Nissan drivers came to blows on the run between Turns 6 and 7 shortly after the sole Safety Car restart late in the race, Caruso tipped into the gravel after De Pasquale ran wide as they squabbled over position just outside the Top 10.

Caruso ultimately finished the three laps down in 22nd, with De Pasquale on the lead lap but way back in 18th.

De Pasquale was later slapped with a 35-point fine for what the stewards deemed "a breach of Schedule B2 Article 2.1.2 (Code of Driving Conduct, Reckless Driving – contact with Car #23, Michael Caruso, at Turn 6 on Lap 62)".

"I was just trying to pass him around the outside," explained De Pasquale. "We made a little bit of contact on the exit, and then dragged me left. We tangled wheels, and it was a bad result for both of us.

"It's a shame because we were going pretty well. You don't want that to happen with anybody."

It's the second run-in between Caruso and De Pasquale in three race weekends, the pair having butted horns over a clash that left Caruso in the wall on Sunday in Townsville.

De Pasquale, however, played down any ongoing grudge.

"From my side of things that had nothing to do with it, it's a seperate incident," he said. "It's just a coincidence."

Having initially declined to speak to media, Caruso later added: “What can I say? I’m not here to slag him or anything, just more disappointed for the crew to be honest than anything else.

"Within a month it’s happened twice now; when you see the look on the face of the people that work here, that hurts just as much.”