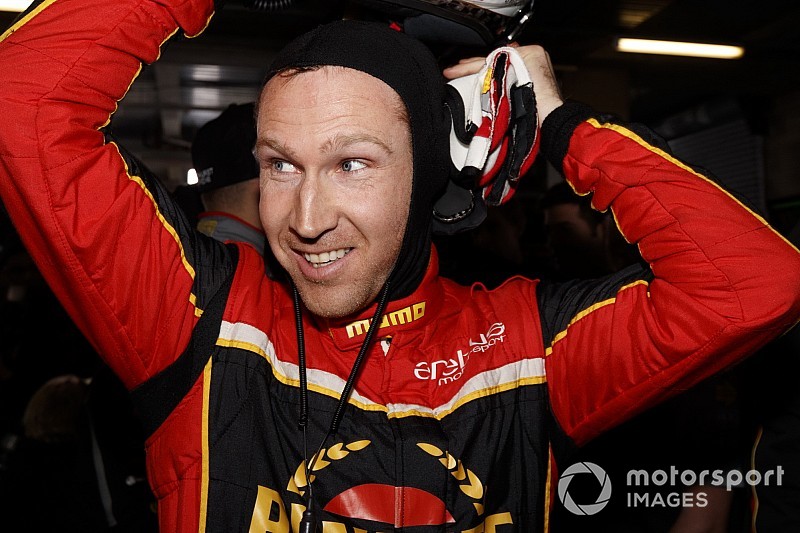 David Reynolds won a second consecutive Barry Sheene Medal at the Supercars Gala Awards in Sydney last night, while the late Tom Walkinshaw was inducted into the sport's Hall of Fame.

Reynolds, 33, took out the series' best and fairest award for a second time in as many years, the award capping off an impressive season that yielded three wins – including the finale in Newcastle – and fifth in the standings.

Along with the Barry Sheene Medal, which is decided by members of the media, Reynolds also won the Drivers' Driver Award, voted on by the 26 full-time drivers in the series.

“I want to thank all the media who voted for me, we love what you do and we can’t do our job without you guys telling the story for us so thank you very much.

“This year has been exceptionally good for us at Erebus. When I first joined the team we were 16th and last year we were seventh or eighth and this year fifth. Our stocks are going up, it’s going good.

"The standout moment was something I don’t want to talk about; Bathurst sucked! A lot of blood, sweat, tears and cramps went into that race and we came out 14th or something.

“But we’ve had a tremendous season, we rolled out very strong and everyone at Erebus should feel very special.”

Legendary driver and team owner Tom Walkinshaw, who passed away in 2010, was also honoured at the Gala with an induction to the Supercars Hall of Fame.

Tom Walkinshaw Racing is an iconic brand in Australian Touring Car racing, starting with the TWR Jaguars in the 1980s right through to stints running the Holden Racing Team pre and post TWR's collapse in 2002.

In other Gala news, Tickford protege Thomas Randle was named the Mike Kable Young Gun, while Scott McLaughlin and the Sydney SuperNight 300 scooped the fans' awards for Most Popular Driver and Best Event.