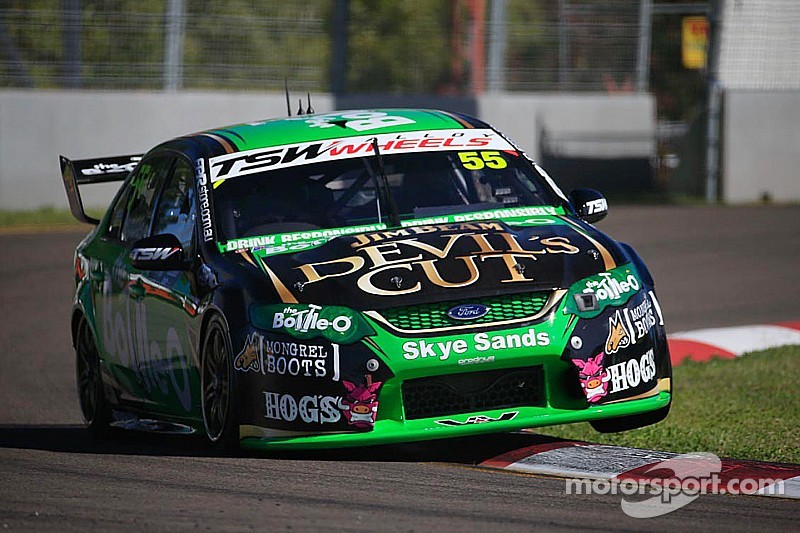 Records are falling at Mount Panorama.

On the last lap of the final practice session of the day, Bottle-O Racing driver, David Reynolds, not only came out on top but completely obliterated the lap record of which was previously held by Craig Lowndes in 2010.

With a time of 2:06.371, Reynolds not only remained consistent throughout the practice sessions, but now has the bragging rights of saying that he shattered the long held record.

The defending Bathurst champion, Mark Winterbottom, came back after the first practice session saw him off the pace. Showing that he fully intends to defend his title, ‘Frosty’ briefly held the lead with a 2:06.481 before Reynolds snatched it away with his stellar lap. Still, it was enough to clench second for practice.

Lockwood Racing diver, Fabian Coulthard is back in true form as he completes the event in third with a 2:06.546. He was the last of the three drivers to smash Lowndes old record today.

Scott McLaughlin finishes up strong with a 2:06.809 followed closely by Jason Bright of Team BOC with a time of 2:06.846. Although struggling earlier in practice today, Shane van Gisbergen came back to finish in sixth with James Coutney, Craig Lowndes, James Moffat and Chaz Mostert completing the top-ten.

Not having the day he was hoping, the ever present challenger finished up the final event in a dismal 17th position. No doubt that his team will regroup for another assault during practice and qualifying tomorrow.

Although some were celebrating, it was heartache in the Holden Racing Team (HRT) corner as Garth Tander went into the wall hard at The Dipper. The car suffered front and rear suspension damage and will most likely need extensive work to be ready for tomorrow’s sessions. In the same spot a few minutes earlier, Robert Dahlgren of Valvoline/GRM backed it into the wall. Fortunately, it was only rear damage and the engine was saved.

With qualifying set to begin tomorrow, many are already predicting that the times will drop into the 2:05s as cooler weather approaches. With the track being recently resurfaced, we can fully expect to see the time set by Reynolds to fall. Still, as it currently stands, Reynolds is now the fastest driver to ever take a V8 Supercar around Mount Panorama.