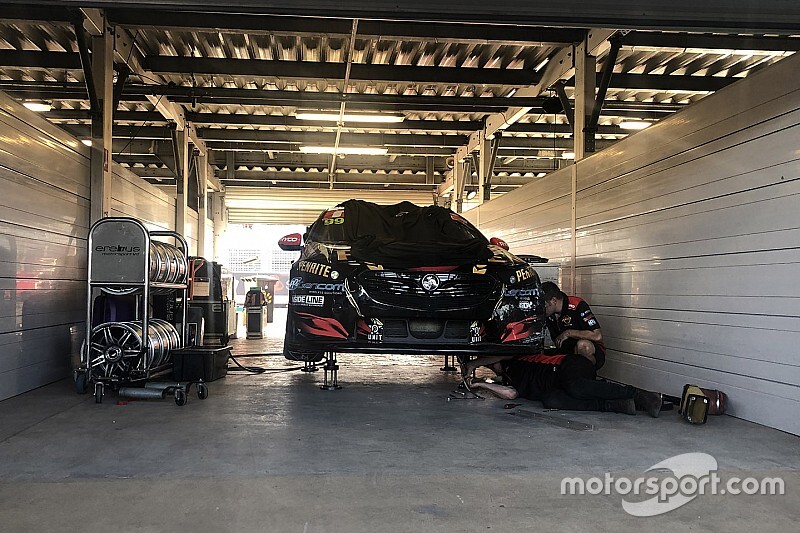 David Reynolds says he was left feeling "gutted" and depressed after clashing with teammate Anton De Pasquale on the first lap of yesterday's Supercars race in Adelaide.

The Erebus pair came to blows on the opening lap of yesterday's second race of the season, Reynolds lunging Mark Winterbottom at Turn 9 only to find De Pasquale at the apex.

The contact sent De Pasquale into a spin, Scott Pye then clattering into the #99 Erebus Holden moments later to take both himself and the Erebus Holden out of the race.

Reynolds was able to continue, finishing eighth despite earning a drive-through penalty for the De Pasquale contact.

He says he was 'gutted and depressed' throughout the 250-kilometre encounter though, and apologised to De Pasquale straight after the race.

"The problem is it happened on Lap 1 and you carry that guilt for 78 laps until you come back and see everyone and get some solace," said Reynolds.

"You feel gutted, you feel depressed [in the car]. It’s not until you see everyone again and smooth it over again that you get some sort of peace.

"I’d much rather ruin someone else’s day than someone in my own team. At the end of the day we’re a team, we’ve got two cars, it makes it 10 times worse.

"Myself and Anton have been racing hard as teammates for two years and we haven’t touched doors or anything. You’re always going to crash into someone, it’s just unfortunate it was him.

"Anton was cool about it. He’s got his emotions in check, he understands racing, he always sees the bigger picture. He’s got his head screwed on."

Reynolds added that he felt in control of his car throughout the incident, but having Winterbottom in the middle meant here was no way De Pasquale could have seen him coming.

"I got a run on Winterbottom out of Turn 8, tried to pass him at Turn 9 and I saw Anton turn in," explained Reynolds. "I was like ‘oh no, this isn’t going to go well’.

"Mark saw me trying to pass and kept trying to drive me into the inside wall, which makes Turn 9 more acute, so I had to make more of a ‘V’ to get around it.

"I was in control of my car, I was just going too fast and just tagged the back of him.

"It wasn’t a big hit, it was just wrong place, wrong time."