The Kiwi celebrated his third Supercars title in spectacular style following the final race of the season in the South Australian capital.

Following a frustrating race where he finished seventh thanks to a drive-through, van Gisbergen thrilled the crowd on the home straight with a flamboyant burnout display.

He initially cut donuts around the championship trophy which had been set up on the track.

Then he nosed his Red Bull Holden against the wall and started a standing burnout – which continued even when he got out of the car to go and grab the trophy.

That was despite standing burnouts generally being frowned upon due to the damage they can do to a track surface.

Van Gisbergen then hopped back in the car, which was still spinning its rear wheels, with the trophy and performed several more donuts on his way to the post-race media zone.

Van Gisbergen was coy about the driverless part of the celebration when asked post-race, declining to explain how he did it.

However Triple Eight team manager Mark Dutton revealed to Motorsport.com that a missing driving boot when van Gisbergen exited the smoking Commodore was a giveaway.

"I think what he's done, if you study the footage you'll see that he's missing one boot," said Dutton.

"He's taken the boot off and wedged it in there. He did that with some planning with his number one mechanic [Jarrad Farrell].

"They got in there and wedged a boot and checked out some throttle percentage to see if it would work.

"But we didn't pre-brief that one. Shane loves it. He's always pushing the limits and having fun."

When asked about the celebration van Gisbergen said his inspiration was Russell Ingall's iconic efforts when he wrapped up the 2005 series title for Stone Brothers Racing.

Ingall famously hung out the door of his SBR Falcon while performing a burnout at Phillip Island after the final race.

He played down any pre-planning, but did explain that having the trophy out on track had been discussed with Supercars TV boss David Tunnicliffe.

"I just wanted to do something to beat Ingall's skid," said van Gisbergen.

"His skid is the all-time best every, so hopefully it rivalled it. I haven't watched it yet.

"We didn't do anything special for it. The car was normal.

"I asked some friends what I should do. Again, I just wanted to beat Ingall. I knew I wouldn't be allowed, and I'm probably to flexible enough, to sit out of the car like that, but I wanted to come up with something.

"Tunners told me to do some skids around the trophy, but I didn't really want to do that, I was worried about hitting it. He wanted me to hit it because it would be good TV." 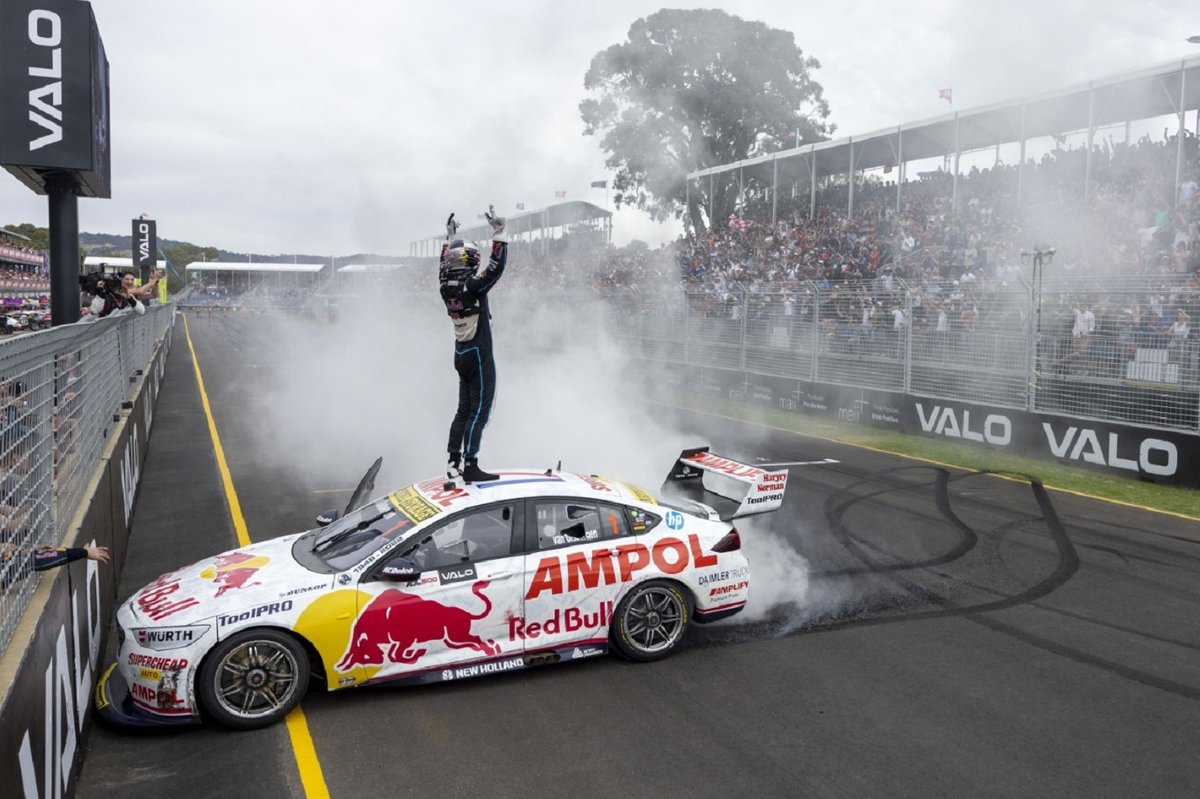