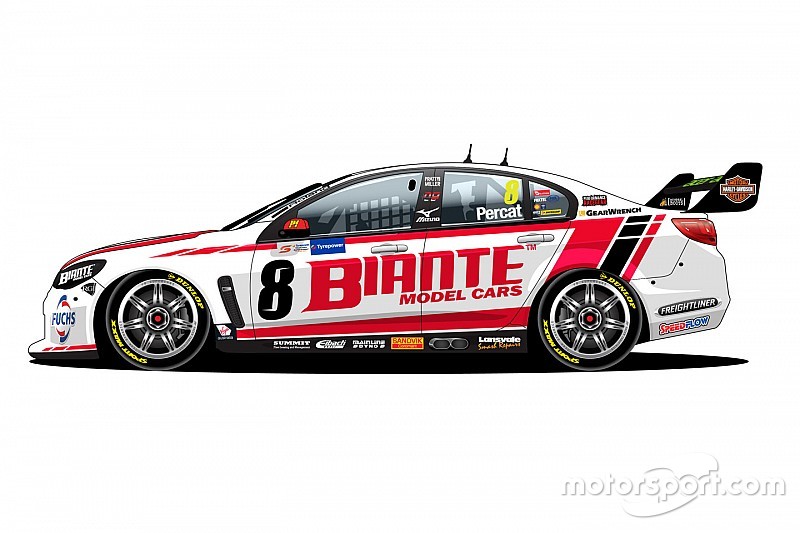 Nick Percat’s Brad Jones Racing Commodore will feature backing from model car maker Biante at the next Supercars round in Tasmania.

The BJR Holden has already cycled through two liveries so far this season, with Clipsal taking over naming rights backing for the pre-season test and the Adelaide 500, before a bold ‘equality’ livery was rolled out for the Australian Grand Prix.

Not that the rainbow look saw much on-track action at Albert Park, a brake failure at Turn 1 in the first race leading to a crash that wiped both Percat and Lee Holdsworth out for the remainder of the weekend.

Now Biante, a long-time backer of the BJR squad, will take over the major backing for the upcoming SuperSprint round at Symmons Plains.

"We had some bad luck at the AGP with the brake failure but the team have done an outstanding job getting the car back into shape,” said Percat.

“And the Biante livery looks awesome – [it] would make a pretty good model I reckon!"