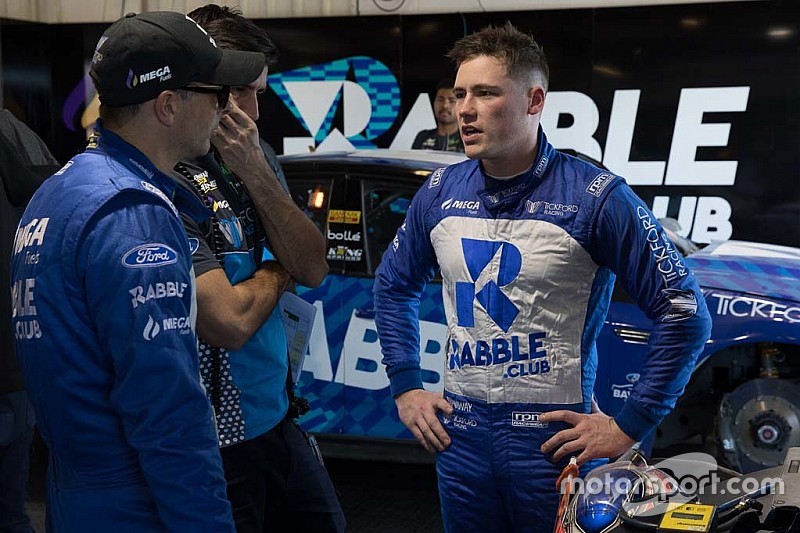 A wet race is Tickford Racing's only chance of winning this Sunday's Bathurst 1000, according to practice pacesetter Richie Stanaway.

A wet race is Tickford Racing's only chance of winning this Sunday's Bathurst 1000, according to practice pacesetter Richie Stanaway.

The Tickford Falcons were speedy throughout three rain-hit practice sessions at Mount Panorama today, capped off with Stanaway leading the way in the final hour-long outing.

He was joined in the top six by teammates Chaz Mostert and Cam Waters, while Mark Winterbottom was also in the top five on combined times for the three sessions.

Underlining Tickford's speed was Will Davison's Practice 1 effort in the Tickford-built 23Red Racing Ford, which wound up being the fastest time of the day.

Despite the speed, Stanaway was left deeply unimpressed with the team's form.

With rain predicted to ease tomorrow and the bulk of qualifying and the race itself set to take place in the dry, the Kiwi is giving the four-car team very little chance at the business end of the weekend.

Given recent trends in tyre use, he reckons an unexpected return of rain on Sunday is the team's only shot at Bathurst glory.

"Obviously we don’t even have remotely close to the pace in the dry to get any kind of result. The only hope for us is rain.

"But at the same time it’s not forecasted."

According to Stanaway being quick in the wet felt 'weird' given he doesn't feel his car will be competitive once the weather clears.

"We were just kind of, it felt a bit weird just lapping around for no real point," he said.

"It’s a bit of a weird feeling because it doesn’t mean much, but after the season I’ve had it’s nice to at least top one session, because I’m normally down in 20th.

"Obviously for whatever reason we’ve got good cars here in the wet.

"We showed that last year as well, for whatever reason our cars work the tyre well or whatever, which has a lot to do with it.

"It’s slightly concerning that we kind of just leave our car and then it’s fast in the wet, and no one else seems to be able to get their tyre to work or whatever.

"Then when it’s dry, we sort of overwork the tyre or overheat it or whatever and can’t qualify or do more than three laps in the race with pace.

"We’ve been looking into it for basically the last 12 months and still haven’t figured it out, still haven’t got our head around it.

"Today just reconfirms that sort of issue we’ve had. That’s giving it some direction and something we’re just continually working on."