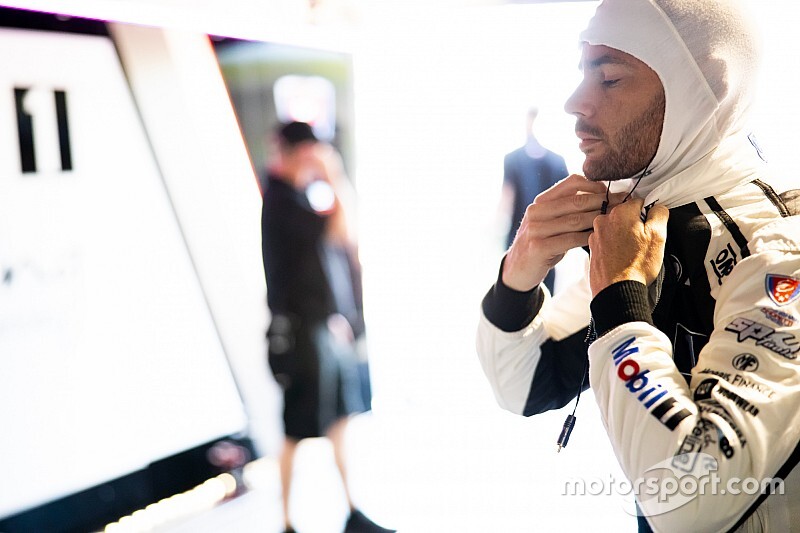 Scott Pye is unapologetic over his controversial Instagram clash with Scott McLaughlin, explaining he felt a need to defend the Supercars driver group over claims of toxicity in the paddock.

The pair butted heads on the popular social platform on Thursday, their back and forth centred around the Bathurst 1000 controversies, and references from McLaughlin about the paddock being "toxic" and an admission that he'd been disappointed with his "peers" throughout the saga.

The Insta clash ended with Pye referencing Lance Armstrong in response to McLaughlin's claim that out of more than 300 hundred technical checks, the team had only failed one.

That was enough for Supercars to intervene, CEO Sean Seamer sending a letter to all teams and drivers warning against "unfounded and malicious accusations".

"Over the years, and certainly during my time at Supercars, we have been keen to encourage more comment and opinion from teams and drivers and to increase driver engagement with our media partners and fans," read part of the email.

"But, as in all sports, there is a line that must not be crossed where unfounded and malicious accusations made against specific teams, drivers or stewards goes beyond robust competition and starts to bring the category and sport into disrepute."

Pye, however, is unmoved by Seamer's intervention. He says he was merely standing up for the rest of the Supercars drivers off the back of the "peers" comment, something he felt compelled to do.

"I don't believe I'm in trouble [with Supercars]," he told Motorsport.com.

"I haven't seen the email, nobody has mentioned a single thing about it to me. I have no interest in reading it, I know what the rules are. I know what the guidelines are.

"Obviously I took offence to being put in a category where Scott's peers were named as being toxic – and I'm one of those. I've been kind enough to never comment. Really, whatever people's perception of his championship is, has nothing to do with me.

"But once I'm being named in that group as being toxic, I felt the need to stand up for myself and state some facts."

Pye did meet with the series boss yesterday to discuss a different social media issue, after taking umbrage to a post from an official series account with the caption "Smashed Pye" after he crashed in qualifying.

"I wanted to have a chat to Supercars," he said.

"I was apologetic to my boys after the crash, I felt really bad for the crew. Every time you crash a car there are a whole bunch of people from our race teams that have to go and repair it. I ruined the session for a few people who were on laps, so my red flag affected a lot of people.

"And then I'm being sent an article from the category with the headline 'Smashed Pye'. I didn't take kindly to a pun, based around my name for humour, and I wanted to address that immediately. When you're being told on one hand that drivers shouldn't be saying what they feel...

"And that's the other thing; fans want us to speak our mind, and then when we do we get death threats. I had people celebrating [on Friday night] sending me messages about me being in hospital, saying they couldn't be happier and they hope I stay there."

Pye woke up in hospital before stirring drive