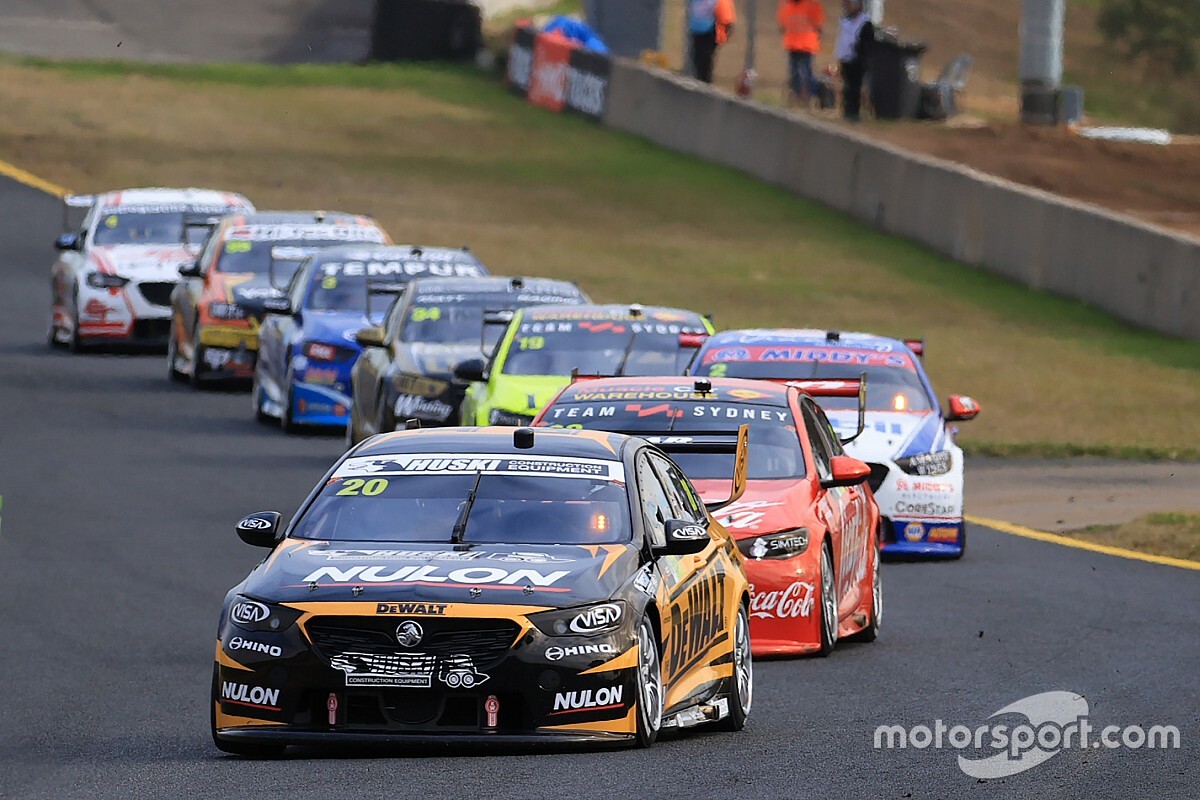 The new regulations will make their second appearance in Darwin this weekend, with drivers limited to two sets of soft compound Dunlops and three sets of hards for all competitive sessions.

That effectively covers as many as five qualifying sessions, with Saturday's grid determined by a three-part format culminating in a Top 15 Shootout, and three sprint races with a mandatory tyre stop.

As a result it has become all but impossible for a driver to clean sweep a weekend, with at least one race needing to be sacrificed to fight for podium positions.

The regulations split paddock opinion following their debut in Sydney last month, with some relishing the opportunity for those outside the usual suspects to win races.

Others, however, felt the results were too contrived after Jack Le Brocq led home Andre Heimgartner and Todd Hazelwood in the final race, while the title contenders were mired in the midfield.

For Team 18 driver Pye – who finished that Sydney finale fifth after saving his soft tyres – the artificial influence of the tyre regulations is no different to the role that budget plays in car speed up and down pitlane.

“It’s the same format as we saw on the second weekend in Sydney with two sets of softs and three sets of hards available for us, and I thought the racing back then was really cool,” said Pye in his Darwin preview.

“The feedback from the fans was positive and it’s great for the sport to see different winners in each race.

“I know some people in the paddock have been critical of the ‘fake racing’, but I look at it as if it’s not any different to the difference in budgets up and down the pitlane.

“I think what it’s doing is giving people an equal opportunity to get a result across the weekend, and it’s great for the sponsors to get their time up the front as well.

"The tyre degradation [in Darwin] is usually pretty high, so it’s going to be interesting to see how the mixed tyre format will work like we saw in Sydney."

There is one tweak to the mixed compound rule for this weekend's Darwin Triple Crown, with the hard tyre mandatory throughout Saturday's qualifying sessions.

The remaining sessions are all open on tyre choice.

The second leg of the Hidden Valley double-header, the Darwin SuperSprint, will revert to the 20-tyre soft compound allocation as a means of back-to-backing the two formats.

The tyre allocations for the two Townsville rounds are yet to be locked in.