Pye: Potential is there, now we need to unlock it 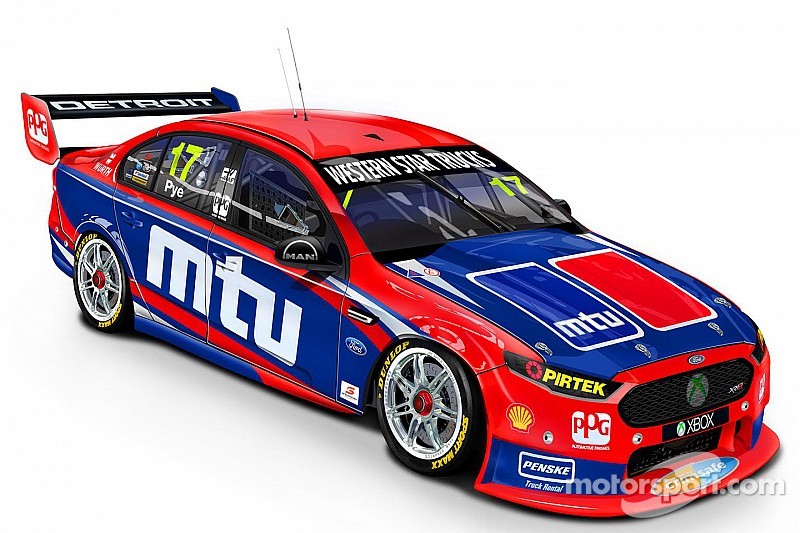 Scott Pye is confident that the DJR Team Penske Falcon has the potential to be a front-runner, the team just has to unlock its secrets.

The DJR Team Penske entry is one of five brand new Ford Falcon FG Xs on the grid for the 2015 season, running alonside the four Prodrive Australia-run cars. But so far the Queensland-based squad has failed to fire as effectively as PRA with the FG X.

The team's start to the year has also been hampered by Marcos Ambrose's stalled comeback, the former series champion electing to step down and hand over to youngster Scott Pye after just two race meetings back in a V8 Supercar.

Despite the turbulent start to the year, Pye told Motorsport.com that the light is at the end of the tunnel for the team, and that he feels a turning point with the FG X is around the corner.

"No one is down at the moment," said Pye. "The potential is in the car, we just have to find it.

With the extra resources we have here, we have all the chances in the world to improve and be a top team.

"The morale is a lot better than its ever been in the team. With the extra resources we have here, we have all the chances in the world to improve and be a top team, whereas in the past it's been difficult for the guys to maximise their talents.

"So everyone is excited. Even though we've had a tough start, we have the opportunity to improve."

With Prodrive having made such a flying start with its FG X programme, DJR Team Penske is now looking to strengthen its technical alliance with the Melbourne team. According to Pye, that's a crucial step as the team works to maximise the potential of its own FG X.

"Strengthening that relationship is extremely important," he said.

"They had four guys in the Top 10 in Tasmania, and a lot of them have improved just by switching to the FG X. Unfortunately we haven't switched to the FG X and found a bunch of time. But that's the potential the car has.

"Strengthening that relationship to Prodrive is a big key. They're doing a great job, and hopefully we can work together. We're still a small team, but we have all the resources we need in-house to tune this car up and go fast."

My role right now is to improve the car as best I can and as quick as I can.

Still no decision on future

While Ambrose's well-publicised decision to step down as the team's lead driver has given Pye the opportunity to take over the lead seat, he is still not 100 per cent sure how long he'll be taking the wheel at the solo rounds.

All he knows for sure is that he'll be in the car at the next round in Perth, where the team will sport a one-off MTU livery (see main picture).

"My role right now is to improve the car as best I can and as quick as I can," he said.

"I'm driving in Perth, and its the same objective as I had in Tasmania, to tune the car up and give the best feedback I can. Hopefully we get a result, and then we'll see what happens.

"But my job at the moment is clear; it's just to do the best job I can in the immediate future."