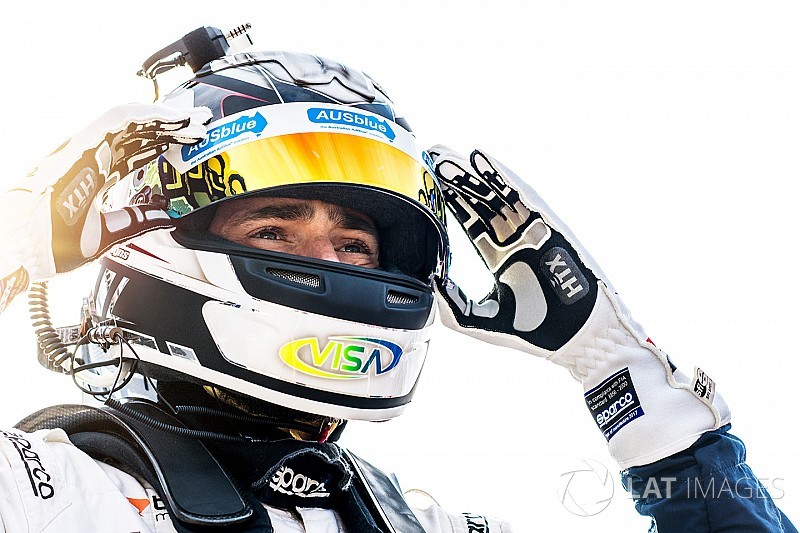 Scott Pye has laughed off speculation that he could be replaced as part of the Walkinshaw Andretti United deal, stating that he plans to stay with the team even beyond his current deal.

Pye signed a three-year deal to partner James Courtney at Walkinshaw Racing midway through the 2016 season, following the announcement that he was being replaced at DJR Team Penske by Scott McLaughlin.

While that deal is set to keep him in a Walkinshaw seat until at least the end of the 2019 season, there have been whispers that the Walkinshaw/Andretti Autosport/United Autosports deal – set to formally start next season – could ultimately lead to a change in the driver line-up before Pye's contract runs it course.

That speculation hit fever pitch leading up to last weekend's Pukekohe round, when it was rumoured that Pye would be immediately replaced by Richie Stanaway as Walkinshaw made a bold play to secure the services of the highly-rated New Zealander.

That proved not to be the case, with Pye racing the #2 Walkinshaw Holden at Pukekohe as Stanaway all but confirmed that he has a Prodrive deal lined up for 2018.

Laughing off the pre-Pukekohe rumours, Pye reckons he's fully confident that his spot at WAU is secure, and that any speculation to the contrary is just a conditioned response to his rollercoaster ride at DJR Team Penske between 2014 and 2016.

"I got a few calls during the week, but it was quite funny," he said.

"I wanted to go along with it and say I was only coming to New Zealand for a good time, and I wouldn't actually be racing – just to see people's faces when I turned up.

"It seems to happen quite a lot. With every deal I've had at some point something has happened, so I think people just expect it to happen again. But it's not the case at all, I'm here for the foreseeable future.

"I'm 11th in the championship. The season hasn't been what we hoped for, but it hasn't been terrible. Our ambition at the start of the year was to be in the Top 10. So I don't see any reason why I'd be the one to be out.

"That's why I thought it was funny that people assumed it'd be me again if there was a seat available."

Pye has been stung by an American ownership change in the past. He joined Dick Johnson Racing in 2014 on what was supposedly a multiple-year deal, only to find out that he wouldn't have a seat in 2015 thanks to the Team Penske buy-in and the team scaling back to a single car.

However, he ended up back in the DJR Team Penske Ford for the majority of the 2015 season anyway, after new signing Marcos Ambrose chose to walk away from the sport after a handful of starts.

Pye's future was in the spotlight again throughout the middle part of the 2015 season, with Fabian Coulthard heavily linked to the team for a 2016 seat. It wasn't until after the Bathurst 1000 that DJRTP finally announced that it would expand to two cars and retain Pye.

That didn't put a stop to speculation about Pye's future for long either. Off-contract Scott McLaughlin was linked to the Penske outfit as soon as the '16 season started, before the mid-year confirmation of the deal that would leave Pye without a drive.

He swiftly recovered, inking a three-year Walkinshaw deal that was announced right after the Sandown 500 in November.

With the Walkinshaw/Andretti/United deal, however, Pye says he's been able to enjoy the prospect of an ownership change and the potential for an injection of funds.

"I tried to enjoy [the Penske deal] at the start because I had a two-year deal. And then all of sudden, heading to Homebush, they said 'oh yeah, we're only going to be running one car'," he said.

"So, that was strange. That was a completely different circumstance.

"It was never even a discussion here. I think I've proven this year that I'm worthy of my seat, so once the news came out about Andretti and United Autosports, I was excited about it straight away.

"I want to be in this team for a lot longer than my current contract anyway; I'm really enjoying my time here, I love the people I'm working with, I get on really well with James as well.

"So there's another two years [on the contract], and with everything that's happening it's a pretty exciting place to be at the moment."