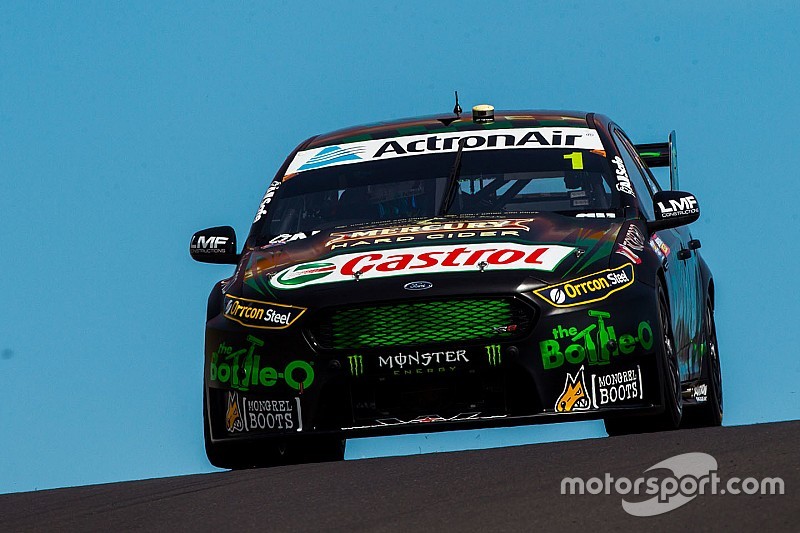 Dean Canto and Steve Owen will be Prodrive Racing Australia Supercars endurance drivers for at least the next two years, the team has announced.

The uber-experienced pairing will race for the team at Sandown, Bathurst, and on the Gold Coast for the 2017 and 2018 seasons, with the team already confirming that Canto will partner with Mark Winterbottom next season, and that Owen will be paired again with Chaz Mostert.

“I am very happy that Dean and Steve have re-committed to the team until at least the end of 2018,” said PRA boss Tim Edwards.

“Not only are they both great drivers who do an amazing job, but they fit so well into our team culture which is critical for co-drivers who drop into the team at such a critical time each season.

“Between them they’ve started more than 35 Bathurst 1000s so they are very experienced and both are quick, consistent and provide valuable feedback.

“Their extensions provide great stability to our program and compliment the long-term deals we have with Mark and Chaz who they will be driving with again next year.”

The 2017 season will be Canto’s 10th with the PRA outfit, and second with Winterbottom after a long stint alongside former PRA driver David Reynolds.

“I am very happy to be staying at Prodrive Racing and look forward to my 10th and 11th seasons with the team,” said Canto.

“Being a co-driver you need to be comfortable with the team and just plug into their program when the enduros arrive. Having been at this team, for what will be 10 years next year; I am very comfortable and had no hesitation in signing a new deal.

“The crew even pinned me down on the Sunday night at the Gold Coast and made me sign a piece of paper to say I was staying. It’s a nice feeling to know they want you around.”

For Owen, the new deal will take him through his fifth and sixth seasons at PRA.

“It’s great to be continuing with the team for another couple of years at least and I am aiming to add to the success we’ve had,” Owen said.

“I’ve driven with a few different drivers since I joined in 2013 but the great thing with this team is no matter what car you are in, or what driver you are with, you always have the opportunity to win.

“I’ve enjoyed driving with Chaz so it is great to know we will be continuing our partnership next year.”