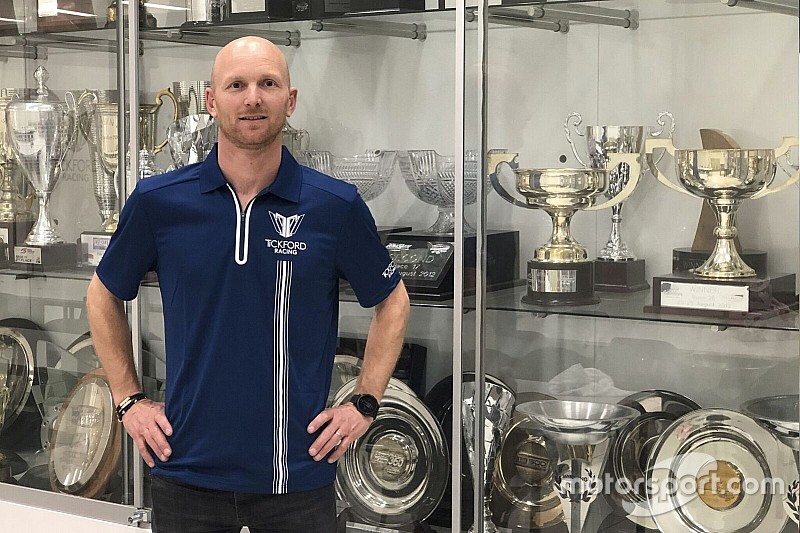 Tickford Racing has confirmed that Alex Premat will join the team for the 2020 Supercars endurance races.

As first reported by Motorsport.com last week, the reigning Bathurst 1000 winner has landed at the four-car Ford squad after missing out on a DJR Team Penske return.

The Frenchman complete's Tickford's four-driver enduro squad, with Michael Caruso and James Moffat both returning this year, while Jack Perkins has been signed to race the 23Red Racing entry.

Perkins is the only driver formally locked in to his seat, with the exact pairings for the other three cars yet to be confirmed.

However the likely option is that the Cam Waters/Caruso combo will be retained, Moffat will move to the #5 entry with Lee Holdsworth, and Premat will partner new signing Jack Le Brocq in the #55.

“I can’t wait to start the season with Tickford as a co-driver,” Premat said.

“They have been one of the teams to beat the last 10 years in Supercars, so I am delighted to join such a competitive team for the Enduro Cup.

"I’m excited to bring my knowledge acquired in the past five years in the endurance races, and am also happy to be back as a reigning Bathurst champion.”

According to team boss Tim Edwards, signing the reigning Bathurst 1000 champion was a no-brainer.

"It’s not often the defending Bathurst winner becomes a free agent,so we were really happy to snap Alex up when the opportunity came about," he said.

"He routinely shows up come enduro season and is straight on the pace, which is what you need nowadays, so we’re very excited to see what he’ll bring to the team.

"We think he’ll complement our other drivers quite well, so we are very happy with our overall line-up.”

All four Tickford enduro drivers will be in action at The Bend today during the official pre-season test.