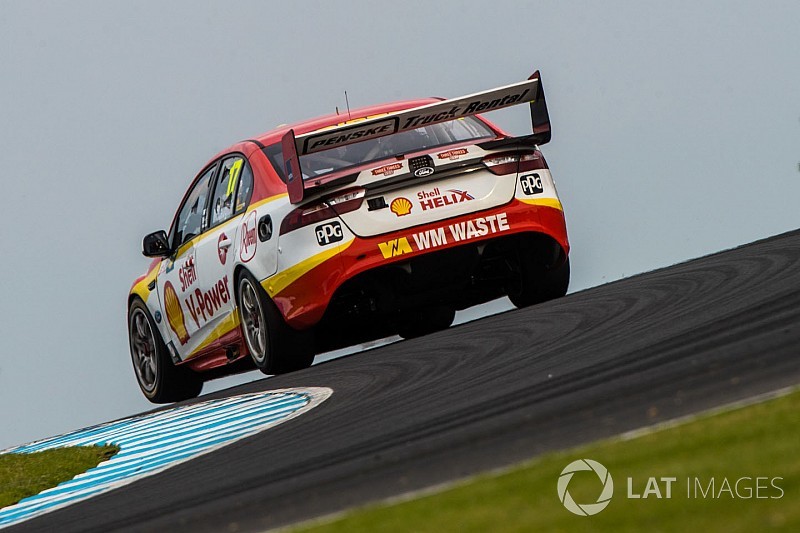 Scott McLaughlin extended his run of Phillip Island poles to six with a dominant effort in Sunday qualifying.

It was Jamie Whincup led the way very early on, the Red Bull Holden driver going top with a 1m30.605s a few minutes into the session.

McLaughlin then took over at the top at the eight-minute mark with a 1m30.207s on his first run, sparking a fastest first sector from Whincup as a response almost immediately. However Whincup was unable to go on with the lap, improving to a 1m30.495s but not knocking McLaughlin off top spot.

David Reynolds was next to have a crack at McLaughlin's time, the Erebus driver slotting into second with a 1m30.254s with a little over five minutes to go to close the gap to within a tenth.

While that meant McLaughlin's first lap would have been good enough for pole, McLaughlin went faster on his final run anyway, a 1m29.852s leaving him 0.4s clear of the field.

“It’s awesome. I’m very lucky, I’m driving a very good car in a great team, and prior to that I was driving a great car as well,” said McLaughlin.

“That lap was okay. At Turn 1, I wish we could have gone a little bit better there, I’m always chasing more.

“Today was harder because there was less grip on the track, it was very slippery out there, so it was quite loose, driving like a go-kart almost and just having a lot of fun.

“I’m living the dream. I can’t wipe the smile off my face.”

Whincup slipped down to fifth despite setting another fastest first sector on his final run, while Michael Caruso capped off a decent morning for Nissan with sixth.