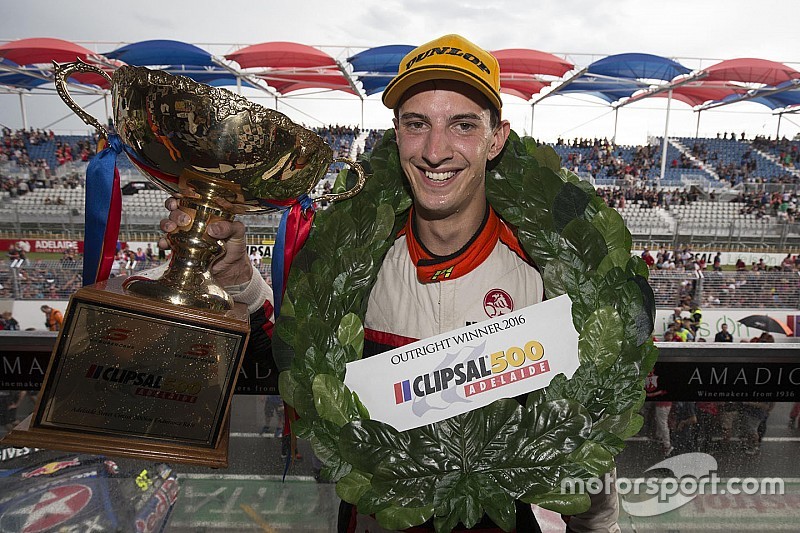 Nick Percat says there was ‘crazy emotion’ as he won his home race, the Clipsal 500, in exceptional circumstances.

It was the second ‘against the odds’ win of Percat’s still young career, the South Aussie taking a superb Bathurst 1000 victory, as a rookie, alongside Garth Tander back in 2011.

Today, with torrential rain causing havoc on the streets of Adelaide, the hometown hero finished one spot ahead of former team-mate Tander, winning the Clipsal 500 for the unfancied LD Motorsport squad.

“There is a tree that was growing that I used to climb so I could see over the fence and watch these guys race. It’s crazy emotion coming into that last corner to win the Clipsal 500.

“To stand up there [on the podium], is unbelievable. The week I’ve had, the amount of following and encouragement I’ve had from the Adelaide fans is amazing, so it’s pretty good to repay them for a win.”