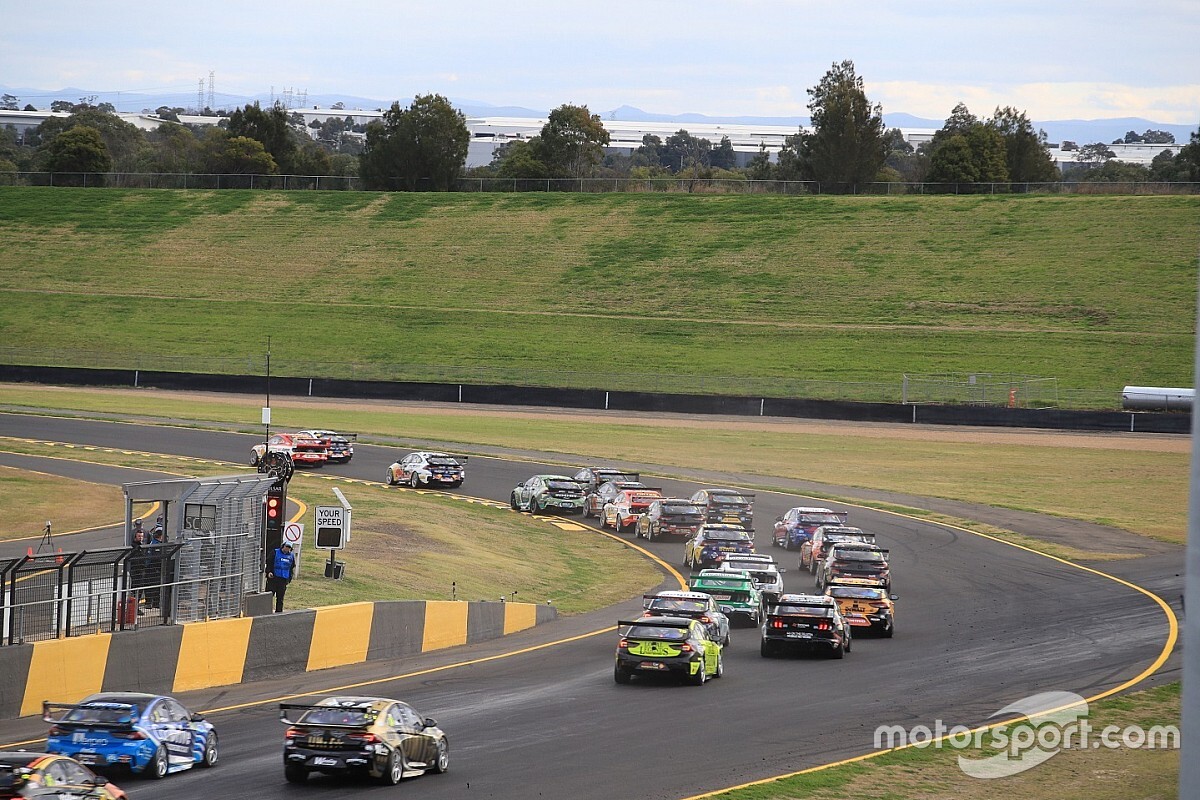 Nick Percat and Lee Holdsworth have talked through a wild clash in today's third Supercars race, which at one point saw both cars with wheels off the ground.

The pair rubbed wheels through the fast Turn 1 on the opening lap, both drivers reporting that they had two wheels off the ground immediately after the contact.

Remarkably there was no damage, Holdsworth and Percat rubbing panels again a few laps later at the second-last corner as they squabbled over position.

Holdsworth would go on to finish the race second, hot on the heels of winner Scott McLaughlin, while Percat backed up his Race 2 win with a ninth.

Talking through the clash, Holdsworth said it was "mad aero wash" that pushed his Tickford Ford into Percat's Brad Jones Racing Holden.

"I didn't get the greatest start," explained Holdsworth.

"I turned into Turn 1 and I saw Nick on my outside... and I started getting some mad aero wash.

"It was all good, and a couple of laps later we battled it out into the second-last corner and we hit again. It was good fun, we had a good little battle."

Percat added that the impact was hard enough to knock the steering wheel out of his hands.

"Yeah we were in the air, the steering wheel was out of my hand..." he said.

"I was the same as Lee; as it landed I thought 'holy hell, hopefully the left-front wheel is still on this thing'."

The clash was a rare bit of car-on-car contact on what was an incredibly clean weekend of racing.

There wasn't a single crash-related DNF, with the only two drivers not making the finish – Alex Davison in Race 1 and Fabian Coulthard in Race 3 – both ruled out by mechanical failures.

"It's good, everyone raced hard and fair," said Percat.

"We went side-by-side and had good racing every race. There was no one being a bandit.

"It was cool to race hard with everyone and have a dip. It looks like most cars are straight."