Roger Penske says that the team’s Supercars plans and the future of three-time champion Scott McLaughlin have not yet been decided, despite the Kiwi’s entry into the NTT IndyCar Series finale in a fourth Team Penske entry.

Toward the end of 2014, Penske entered the Supercars championship after buying a 51 percent stake in Dick Johnson Racing. The rebranded DJR Team Penske ran one car in 2015 for initially Marcos Ambrose and then Scott Pye, before expanding to two with Fabian Coulthard joining Pye and the pair scoring two podiums each.

Then in 2017 McLaughlin joined the team, and after finishing as runner-up in their initial year together, the DJRTP/McLaughlin combination has dominated since then, recently scoring its third consecutive title.

McLaughlin has long been interested in racing in the U.S. for Team Penske and in switching to open-wheel racing. He was due to make his debut in IndyCar’s GMR Grand Prix of Indianapolis but the May event was postponed due to the Covid-19 pandemic and a new date clashed with his Supercars schedule.

However, McLaughlin is due to compete in IndyCar’s final round, just a week after he defends his Bathurst 1000 title in Supercars, and most believe this is a prelude to him campaigning a fourth Team Penske-Chevrolet fulltime in the 2021 championship.

Penske, however, denies that such arrangements have been made.

“We haven’t made the decision yet on McLaughlin,” he told Motorsport.com. “That’s a decision about going to four cars next year in IndyCar.

“Entering McLaughlin at St. Pete is another part of the evaluation of what we’re doing, and of course sponsorship is a part of this too.

“But he’s a special driver. He’s won 48 Supercars races for us, almost 60 poles, three championships… I have never seen anyone deliver like Scott. But now he would love to get in a series over here.”

The decision to transfer McLaughlin straight into an IndyCar for his U.S. open-wheel debut came partly as a result of team president Tim Cindric consulting with Dario Franchitti and partly because of how well Robert Wickens had adapted from touring cars to Indy cars in 2018.

Explained Penske: “Tim spoke to Franchitti about it, because Franchitti came to Indy cars from DTM. That’s where I first met him, when he was racing for Mercedes-Benz in the mid-1990s. Tim asked Franchitti if we should put McLaughlin straight into Indy cars or go Indy Lights or Formula 3, 4, 5 or 6… And he said, ‘No, put him straight in at the top.’

“And if you look at Wickens. Obviously he had some open-wheel experience and success before he went to DTM, but he was a DTM racer for a long time before he came to IndyCar and looked very strong right away. I think if you’re a racer, you’re a racer.”

Nonetheless, Penske admitted he was startled by McLaughlin’s pace in Spring Training at Circuit of The Americas – the second-longest track in the series – when he lapped just half a second slower than pacesetter Will Power, and finished the test third fastest.

“Yes I was surprised at COTA,” said Penske. “With everyone at the same place on the same day, McLaughlin was very strong.

“St. Pete will be tougher for him as he’s never run there. He’ll get some simulator time, but IndyCar competition has never been tougher. There were 24 cars covered by a second in qualifying on the Indy road course last weekend.”

Should McLaughlin move fulltime to the U.S., Penske would not be drawn on the future plans of DJRTP, although rumor has it that Penske will pull out at season’s end, and the squad will return to the ownership of Dick Johnson and Ryan Story.

“We haven’t made an announcement on Supercars yet,” said Penske. “We want to get through Bathurst.

“Looking at what the schedules are, we can’t travel there today. There are lots of complications.

“We wanted to win the championship again, which we have. But still Bathurst is a big one for us to defend.

“So everyone’s going to have to wait and see. We aren’t sure about the future plan, to be honest with you. We’ve got many options.” 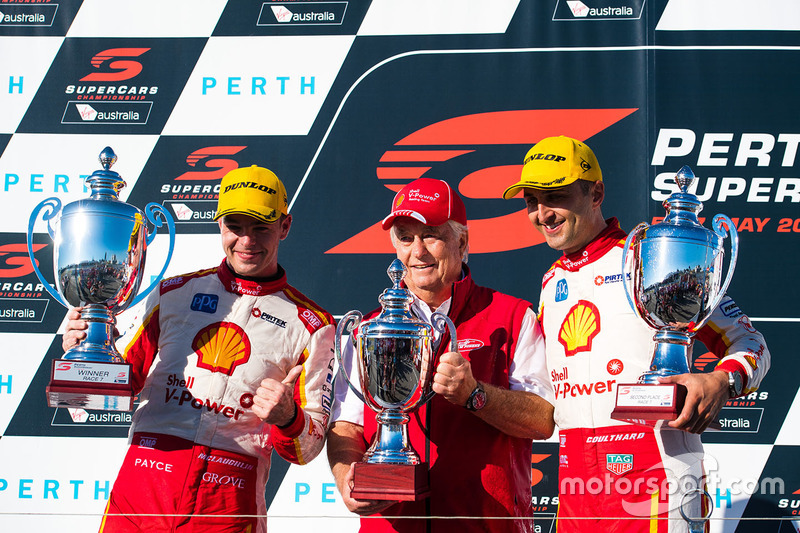