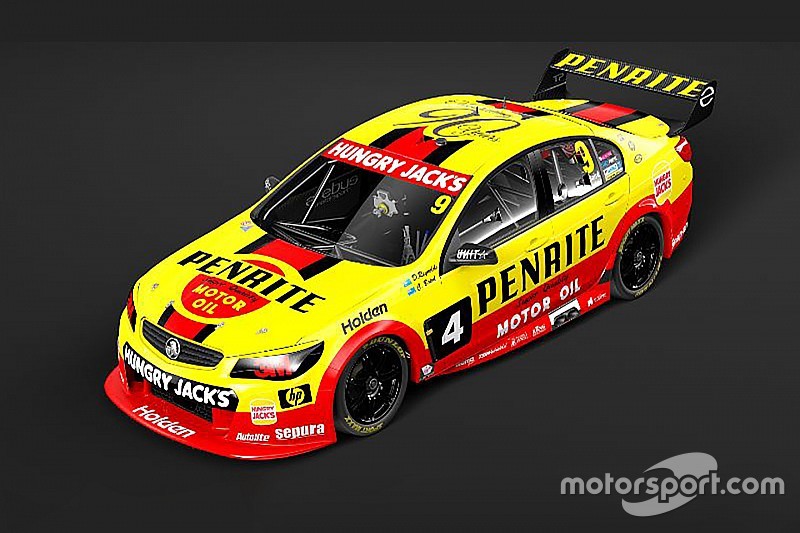 Penrite Oil, primary sponsor of David Reynolds’s Erebus Supercar, has revealed one of the concept liveries it considered for the Sandown 500 ‘Heritage Round’.

In a post on its company blog, Penrite revealed that the striking yellow and red livery is one of a number being considered to run on the #9 Commodore at the Sandown 500 next month.

According to the post, the livery is inspired by charismatic Australian Touring Car Championship driver ‘Captain’ Peter Janson, a man known for his eccentric take on the sport whole competing through the 1970s and ‘80s.

Janson – a pioneer of sponsor activation – was best known for doing things like throwing chocolate bars into the crowd during races while sponsored by Cadbury.

His wildest moment of sponsor activation, as detailed in the Penrite blog, was when he changed his name by deed poll to ‘NGK’ in order to be able to run a windscreen banner advertising the brand’s spark plugs, something that was illegal at the time.

This year’s running of the Sandown 500 is being treated as an official Heritage Round, with teams being urged by Supercars to run retro liveries to help celebrate the track’s long involvement in motorsport in Australia.

Peter Brock’s life to be celebrated at Bathurst