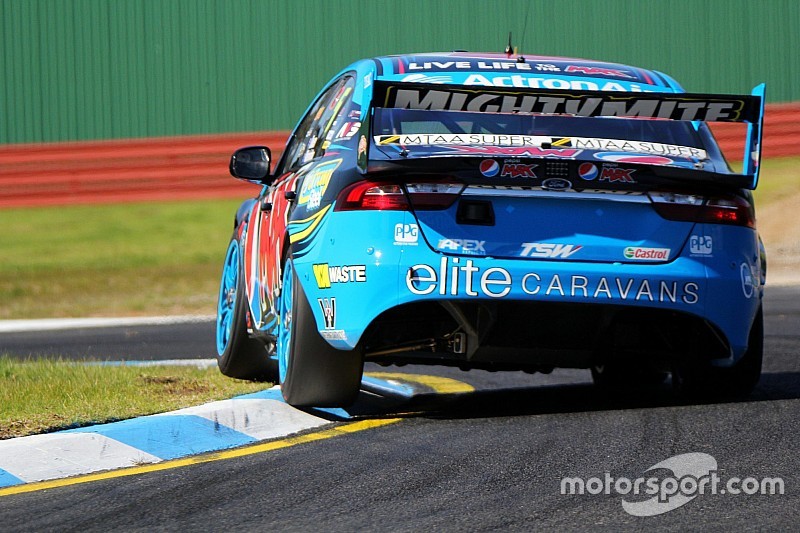 A late flyer helped Steve Owen take P1 away from the final practice session of the day at Sandown, the Prodrive Racing Australia driver narrowly edging out team-mate Cameron Waters.

Waters, who topped the first of the all-co-driver sessions, looked on odds on to bag his second P1 of the day after going top 30 seconds before the end of the session.

However, Owen rallied for a last-gasp run in the #5 Falcon, beating Waters’ best by just 0.017s to finish the day on top.

Marcos Ambrose made it a Ford 1-2-3 with the third fastest time in the Penske Falcon, the two-time V8 champion 0.148s down on Owen’s benchmark time.

Alex Premat was both best of the Volvos, and best of the overseas drivers with the fourth fastest time in Scott McLaughlin’s regular ride, ahead of a foursome of Holdens led by Andrew Jones. The Brad Jones Racing driver was another last-lap improver, knocking Jono Webb, Steven Richards, and Paul Dumbrell all down a spot.

Chris Pither’s impressive Friday continued with the ninth fastest time, while Dean Canto was 10th in the third Prodrive Falcon.

David Russell was again the best Nissan in 13th, with Alex Davison leading the way for Erebus down in 21st.