Motorsport Australia officials will monitor water pooling at the Mount Panorama circuit amid forecasts of more wet weather in Bathurst.

Record rainfall has hit the Bathurst area this month, with 245mm of rain over 17 wet days well over the 70mm and eight-wet day average for November.

As a result water logging has been an issue in recent weeks, the soaked ground slowing drainage for even lighter falls.

The issued reared its head during the recent Challenge Bathurst event with delays due to track conditions, while standing water is thought to have contributed to Pasquale Lucchitti crashing his Audi on Mountain Straight.

Late last week there was significant pooling on exit of Hell Corner after more rain (see below).

Light rain is forecast across this week, with a 70 per cent chance of rain for today's opening day of track action.

Up to 6mm is forecast for Wednesday, 1mm Thursday, 8mm on Friday, and 4mm on Saturday.

Sunday's forecast currently only has a 20 per cent chance of any rain.

In a statement provided to Motorsport.com, Motorsport Australia says it is satisfied with the condition of the precinct based on a pre-event inspection on Monday.

However the track condition will be constantly monitored during the week if rain continues as expected.

"Motorsport Australia officials inspected the circuit on Monday and are very pleased with how the track is looking," read the statement.

"While the verges and grass areas alongside the track are soft, there is no standing water and the circuit itself looks ready for a big week of motorsport.

"Of course, race control, along with our volunteer officials, will monitor conditions throughout the week, but at this stage only a small amount of wet weather is currently expected.

"Like everyone, we are looking forward to the Repco Bathurst 1000 getting underway today." 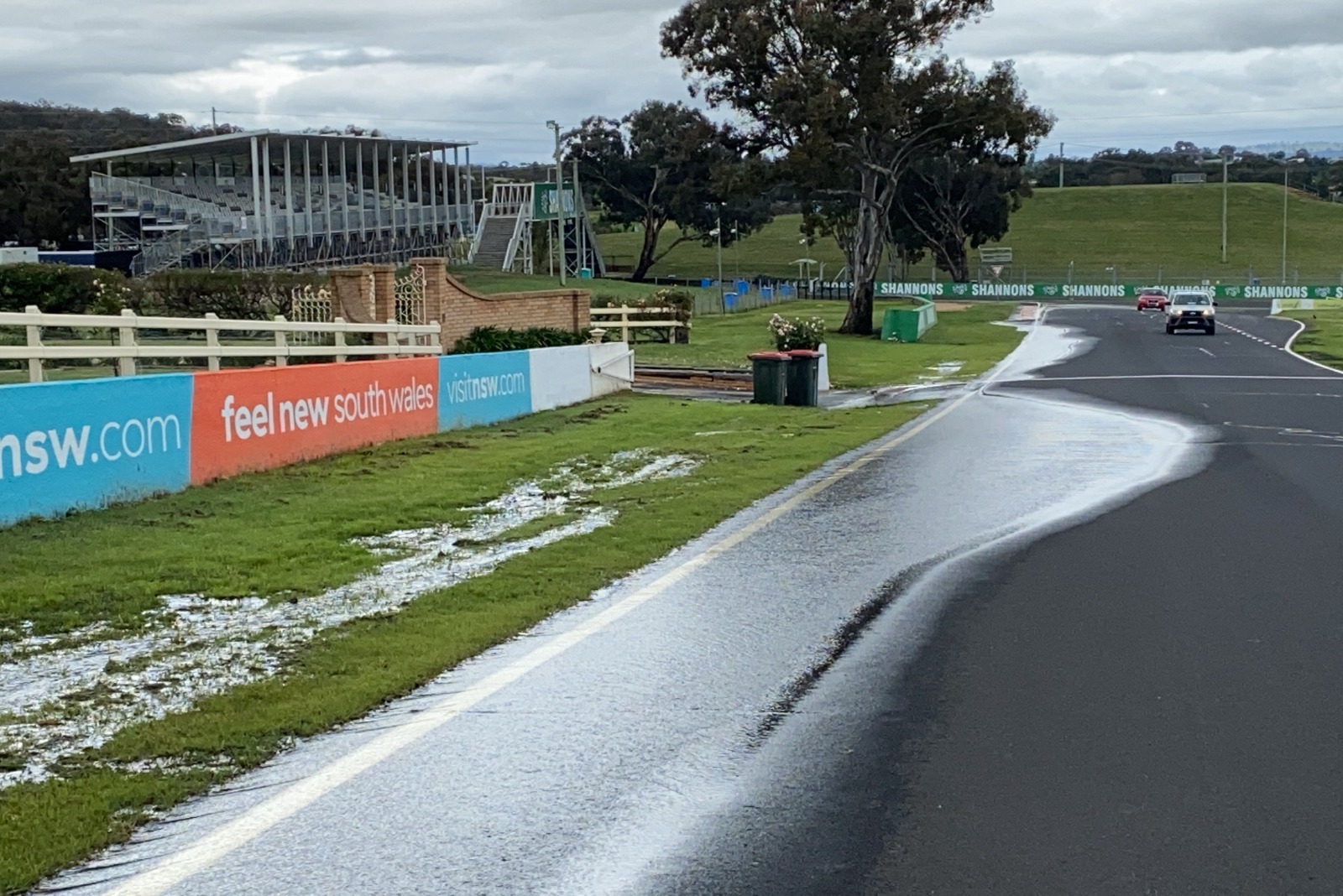 Puddles at the exit of Hell Corner

Racing in the rain has been a hot topic in Supercars recently after the final race at Sydney Motorsport Park was called off due to wet track conditions.

The decision to not run the race was met with a mixed reaction from drivers, particularly as the timing of the Bathurst 1000 was noted as a contributing factor.

Another factor was the Dunlop wet control tyre, which is designed for versatility in wet conditions and therefore not entirely suited to monsoon-levels of standing water.

Supercars refunded fans their ticket price for the Sunday in Sydney.