Anton De Pasquale and Tony D’Alberto will race this year’s Bathurst 1000 under a different number unveiled at Mount Panorama today.

The Dick Johnson Racing Ford Mustang will switch from #11 to #100 for this weekend’s Great Race to mark 100 years of automotive giant Repco.

Repco, a sponsor of the Queensland operation since 2018 has today announced a two-year extension  to that relationship. Last year the firm became the title sponsor of the Supercars Championship and naming rights sponsor of the showpiece Bathurst 1000.

The number switch is the latest tweak to the Dick Johnson Racing Ford Mustang ahead of the Mount Panorama classic following the reveal of a retro livery for both its De Pasquale/D’Alberto and the #17 Will Davison/Alex Davison cars, to commemorate the team’s 1000th race.

The livery is based on the Shell Helix look carried by DJR's EL Falcons back in 1998 and features period correct logos.

“The Shell V-Power Racing Team has a wonderful partnership in racing and in business with Repco, so what better way to celebrate 100 years of Repco than by running the number 100 on Anton and Tony’s Ford Mustang at the Repco Bathurst 1000,” said DJR Executive Chairman Dr Ryan Story AM.

“We are also delighted to announce a two-year partnership extension with Repco, the leader in the automotive aftermarket sector.”

De Pasquale added: “It’s great to unveil Car #100 here at Mount Panorama ahead of this weekend’s Repco Bathurst 1000. To be able to celebrate Repco and their 100th year at their event is awesome and I can’t wait to pilot #100 with Tony this weekend.”

Will Davison and De Pasquale head into this weekend’s Great Race sitting third and fourth in the championship respectively. 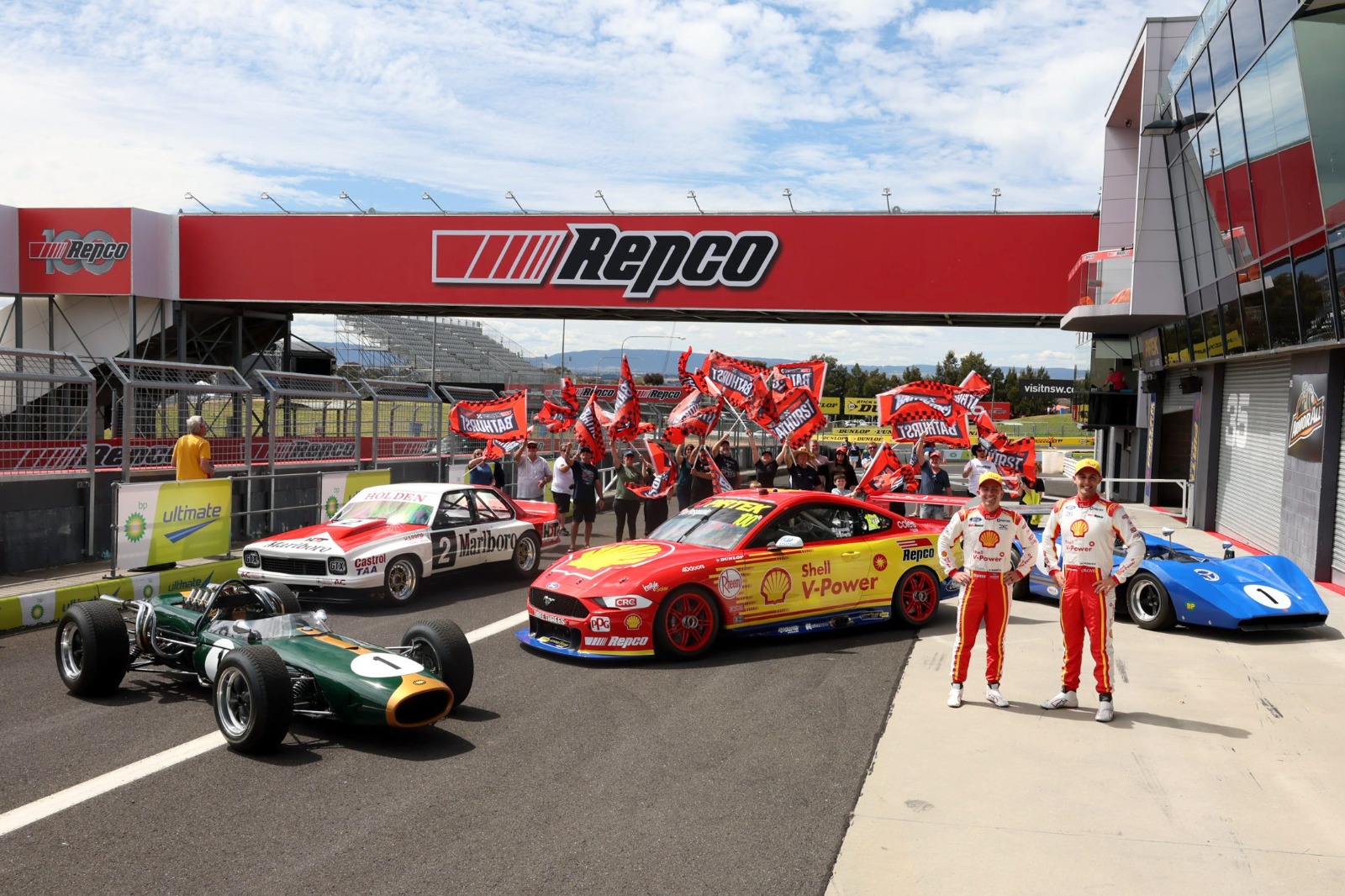