Nissan to end its Supercars programme 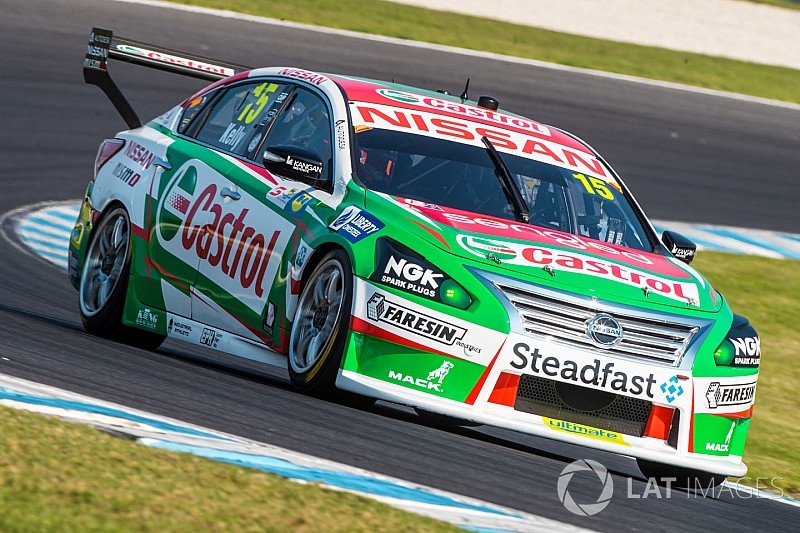 Nissan will call time on its six-year stint as an official Supercars manufacturer at the end of this season.

The brand's future has been the subject of much speculation for much of the last 12 months, rumours that it could walk away from the sport intensifying after the Altima was dropped from the local model line-up early last year, before Richard Emery was replaced by Stephen Lester as CEO of Nissan Australia in August.

It's now been confirmed that Nissan will indeed shut down its Supercars involvement, with its current contract – due to expire at the end of this season – it's last.

That means an end of the factory-funding to the four-car Nissan Motorsport outfit, which is run by Todd and Rick Kelly.

“Nissan has decided to exit the Supercars Championship in order to concentrate on the interests and needs of our current and future customers,” said Lester.

“We have obviously been talking to the Kellys for some time and making the announcement now suits both parties.

“I’d like to thank Todd and Rick Kelly, Michael Caruso, Simona de Silvestro and everyone at Nissan Motorsport for all of their hard work in the time that Nissan Australia has been involved in Supercars.

“I’d also like to thank Nissan Motorsport fans, we truly appreciate your support and will continue to work hard to achieve the best possible results over the course of the season.”

The Kellys have confirmed that the V8-powered Altimas, first developed when Nissan came into the sport in 2013, will continue to be run by the team as privateer entries next season.

“It’s business as usual for us in 2019 as we continue to race the Altima next year,” said Todd Kelly.

“We’re extremely proud of the work we’ve achieved in designing the Altima racecar and a road car-based engine for competition in this category.

“This announcement won’t slow our development as we continue to push further up the grid.

“We are very grateful to Nissan for the opportunity and support over these years.

“We’ve got an extremely capable group of people and one of the best facilities in the country in terms of design and production. The next phase will be an exciting one.”

Supercars CEO Sean Seamer thanked Nissan for its support of the series.

“Nissan has been a great partner of Kelly Racing and we thank them for their involvement over the past five years,” Seamer said.

“Sponsors priorities change and develop over time. We look forward to welcoming Nissan back at some point in the future.

“Supercars continues the growth of fans, attendances, television audiences, digital numbers, cementing our position as one of Australia’s favourite sports.

“Todd, Rick and the team have done a great job in developing the Altima into a package which has been highly competitive with dual podiums at Phillip Island and regular top ten performances.

“They will carry that form through the rest of this year and we look forward to the Altima lining up against the Ford Mustang and Holden Commodore once again in Adelaide next year.”

Nissan first joined Supercars back in '13 as the first manufacturer to take advantage of the Car of the Future regulations. The manufacturer tasked the Melbourne-based Kelly Racing outfit with developing the Altima Supercar, powered by the V8 engine out of a Nissan Patrol.

The car was a winner in its first season too, James Moffat beating Michael Caruso in a historic one-two at Winton. However, the win was a controversial one, with the Norton-backed Nissans trialling an E70 race fuel blend.

A two-year renewal was signed in the lead-up to the '16 Sandown 500, before the team secured the sought-after services of Simona de Silvestro for 2017.

However the '17 season proved to be its toughest yet, ending as Nissan's first without a single podium finish.

Rick Kelly ended that podium drought in style at Phillip Island earlier this season, with a second and a third from the two races.