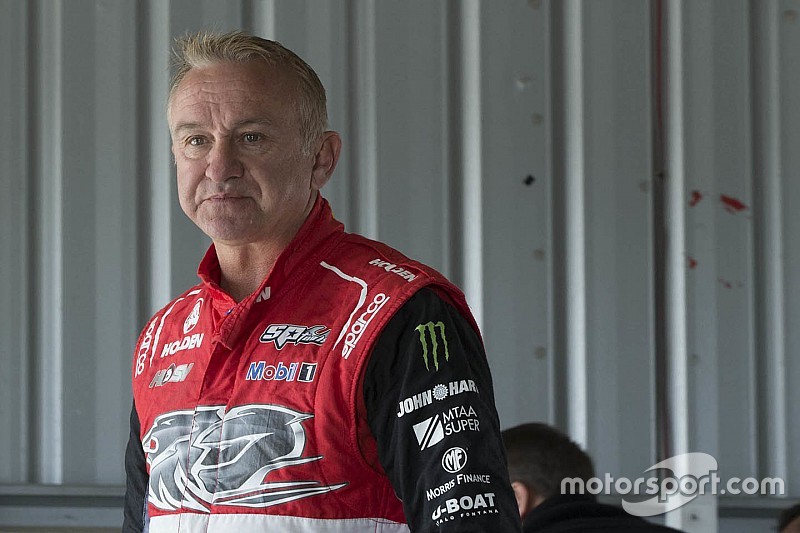 Nissan Motorsport has confirmed that veteran Russell Ingall will race alongside Rick Kelly at the three V8 Supercars endurance races later this year.

Ingall made a surprise test with the squad at Winton last week, completing a number of laps in Kelly’s #15 Altima.

That has led to the team electing to sign him for the Sandown, Bathurst, and Gold Coast endurance races.

According to Kelly, the primary motivation to signing Ingall is his experience.

“The endurance season is a critical time in the championship”, said Kelly.

“You need to have someone is your car that’s rock solid, someone where you can sit back and know that they’re going to do a great job.

“Russell is a very fierce racer and someone who will be very solid from that point of view. Russell will be a huge asset to the team in terms of driving and also in just talking to us about where we’re at with the team at the moment.”

According to Ingall, the decision to do an enduro deal came mid-way through last week’s Winton test.

“It was half way through the day after the second run that it was confirmed in everyone’s mind that let’s do a deal,” said the 2005 V8s champ.

“Rick came up to me and said ‘What do you think?’ I liked the car and felt comfortable in it; I got up to speed relatively easily without hanging the thing off the wall, and that was basically it.

“It was a handshake then and there, as easy as that. We’ve known each other and raced against each other for a number of years, I think we’ve got mutual respect for each other inside and outside the car.

“It’s great to be able to join forces in the three biggest events in the year and with a genuine chance at coming out with getting a result as well.”

The Ingall deal is the latest move in what is proving to be a real shake-up in Nissan’s enduro driver line-up. As it stands, only Dean Fiore will slot back into the same entry as last year – the #23 with Michael Caruso – with Ingall and Todd Kelly’s co-driver Matt Campbell both new signings.

That means David Russell, who has shared with Rick Kelly since 2012, will either be paired with Dale Wood in the fourth Altima, or miss out on a seat with Nissan altogether.

McLaughlin delivers ‘beyond expectations’ in Sweden