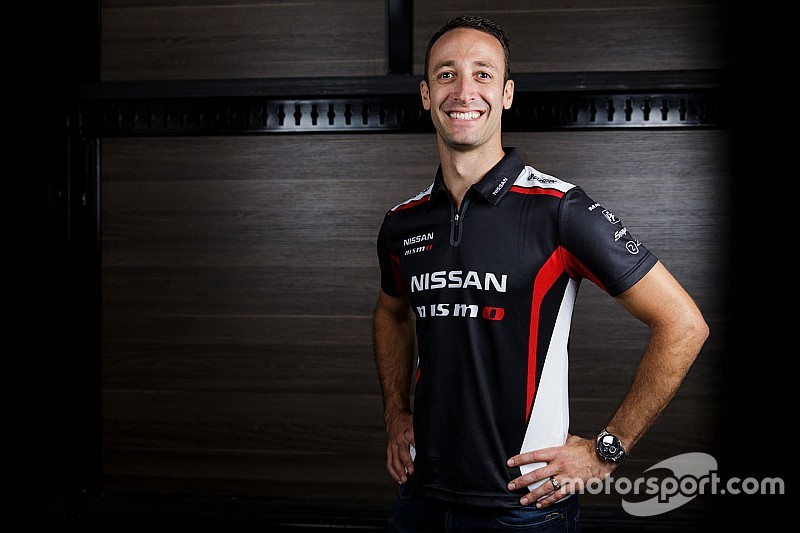 Nissan Motorsport enduro regular Dean Fiore has added a full campaign in the second-tier Super2 Series to his 2018 schedule, as he looks to improve his race fitness ahead of the Supercars long-distance races.

Fiore is set for a fifth-straight enduro campaign alongside Michael Caruso at the factory-backed Nissan Motorsport squad, having first signed on for the Sandown, Bathurst, and Gold Coast events when his full-time Supercars stint came to an end in 2013.

But those three races won't be his only Supercars starts this year, with Fiore signing with Nissan satellite squad MW Motorsport for the second-tier Super2 series.

According to Fiore, the main objective is to improve race fitness ahead of the three big main game races.

"It all happened pretty organically. I received a phone call from an old sponsor of mine asking to put a programme together, and we went from there," he told Motorsport.com.

"I've been wanting to do it for a while. It's not that important when you're fresh out of full-time main game, but once you've been out for a couple of years you lose that edge of being able to hop in and get going straight away.

"To get ready for the endurance campaign last year took me a full day of testing to get properly comfortable.

While not formally a Nissan-backed deal, Fiore added that it made sense to sign on with MWM given its relationship with Nissan Motorsport, and the fact that both teams run the Altima hardware.

"There's an obvious link with Nissan Motorsport, who I've been with for a long time," he added.

"I'll act as a conduit between MW Motorsport and Nissan Motorsport, and that all helps.

"That was a big part of it; being able to set the car up ergonomically exactly how it will be in the #23 for the enduros. I'll just pull the seat insert out of the Super2 car, put it in Caruso's car, and away we go."

Fiore spent five years as a Supercars full-timer between 2009 and 2013, the Carrera Cup race winner starting out with his family-run Triple F Racing squad before switching to LD Motorsport for his final full season.

He and Caruso have finished inside the Top 10 at the last two Bathurst 1000s, and finished on the podium on the Gold Coast in 2014.

Fiore will kickstart his 2018 season alongside Marc Cini and Supercars regular Lee Holdsworth in an Audi GT3 car at next week's Bathurst 12 Hour.