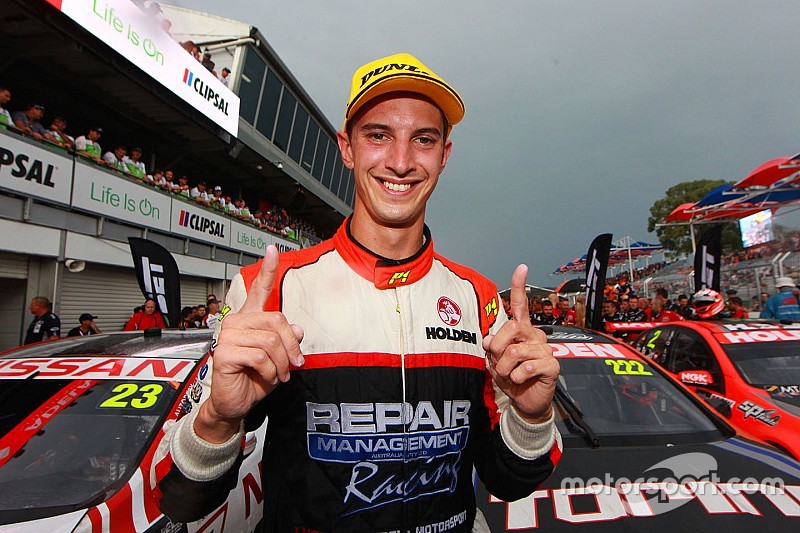 Nick Percat has hinted that he has “something in the basket” for the 2017 Supercars season, with his time at LD Motorsport set to end with the current campaign.

The South Australian has confirmed that he will be on the move for the 2017 season, with minnow squad LD Motorsport unable to afford him beyond the end of their current deal.

He is widely tipped to be headed to Brad Jones Racing, taking over the #8 Commodore currently raced by Jason Bright.

Following his third place finish at Bathurst alongside Cameron McConville, Percat opened up on the sitaution with LD Motorsport and its owner (and Percat’s friend) Lucas Dumbrell.

“To be honest we spoke about it, but it’s not an option for him at the moment,” explained Percat.

“It’s quite a small team, and it’s pretty obvious to see that you need money to go racing. Up until a few weeks ago the cars were bare, obviously now there is the Clipsal 500 and SA stuff on my car, and Plus Fitness on the other car.

“But yeah, we spoke about a month ago, and [Dumbrell] said we wouldn’t be able to do anything. It was probably really hard for him, because we’re such good friends. You don’t want to mix business and friends.

“He was mature about it. We just had a conversation in his office. He gave me permission to go and try another drive for next year, and that’s what I’ve been doing.”

Percat then offered a strong hint that he already has something locked in, joking that: “You can shop, but you might already have something in the basket. I think it will come out in the wash soon.”

The Bathurst winner who almost slept through the finish