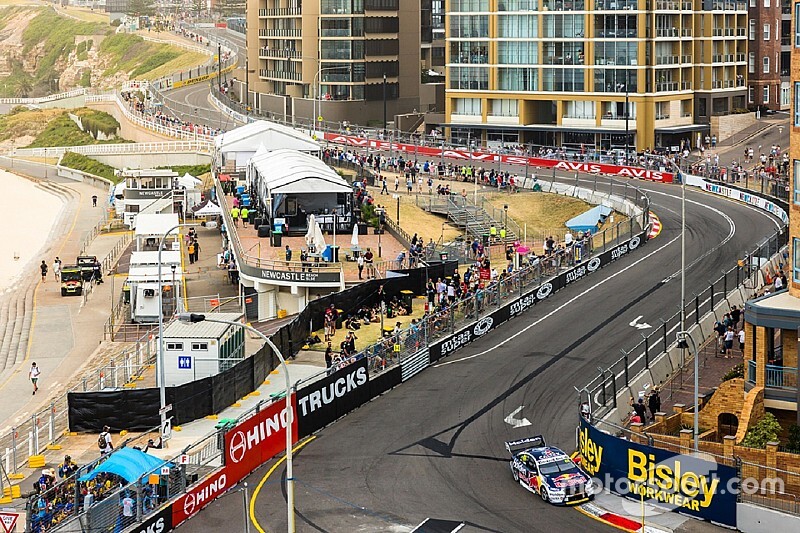 The seven-time series champion needed two cracks on his final run, his first qualifying simulation ruined when he ran wide at Turn 11.

But his fresh Dunlop rubber was up for a second lap, Whincup pipping Tickford driver Waters by five-thousandths courtesy of a 1m10.317s.

"It's a tough little circuit and that's all part of the challenge," he said.

"My car didn't feel that flash then on good tyres, but it's clearly quick. I think we've got some work to do tomorrow, but for Practice 2, we'll take it.

"I think our drive is okay, we're just struggling with a bit of turn. We'll work on getting [the car] to turn through that change of direction a little bit faster.

"If we can do that, I think we'll improve for tomorrow."

Van Gisbergen hung on to third despite his lap coming much earlier in the session, followed by fellow Kiwi Scott McLaughlin and Erebus star David Reynolds.

That latter caused the only red flag in the half-hour session, a trip down the Turn 1 escape road followed by a comical attempt to find reverse gear and get going again.

"It's pretty embarrassing, isn't it?" he said. "I looked like a goose down there. I couldn't get reverse, I had to turn the car off. It's not my finest hour.

"I can't believe I'm a tenth off and I'm only fifth, it's very, very close. If I fix up Turn 1 I think we'll be further up the front. My car is not too bad, we just made a few adjustments then and there's more to come I think."

Super sub Warren Luff, meanwhile, was 21st fastest, the enduro regular making an unexpected appearance in place of Scott Pye, who was hospitalised with illness between sessions.