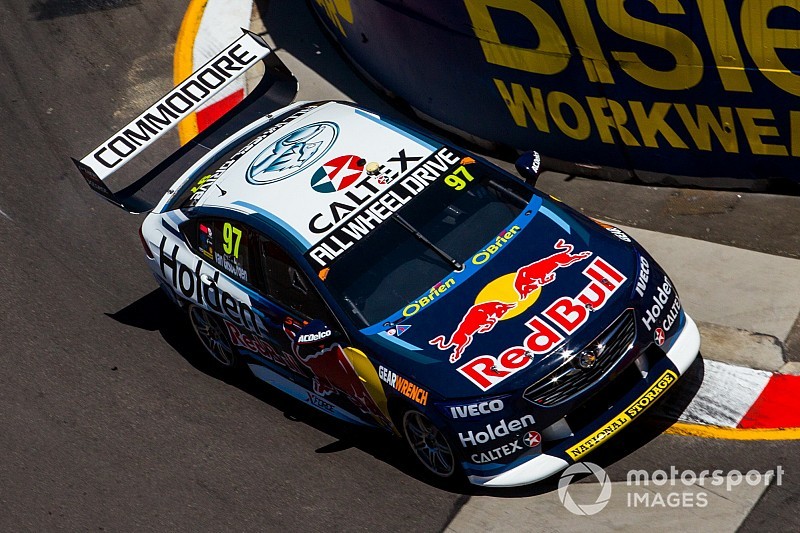 Fabian Coulthard set the pace on the first runs, his 1m10.769s leaving him ahead of the two title contenders. There was almost nothing between the top three, however, with Shane van Gisbergen 0.001s off Coulthard despite a lock-up on his lap, and McLaughlin, who brushed the wall, just 0.002s further back.

The middle phase of the 20-minute session saw the contenders edge away from the field, McLaughlin taking over top spot with a 1m10.714s only to be immediately topped by van Gisbergen's 1m10.643s.

With neither of the contenders improving on their final run, that lap proved good enough to secure a crucial pole for van Gisbergen. McLaughlin, however, was trumped at the flag by Whincup, the Red Bull Holden driver one of the few to make a meaningful gain on the third run.

“There’s definitely a lot of pressure, but the car was awesome, the guys did a great job," said van Gisbergen.

“It’s step one, the race is where it counts. But it’s the perfect spot so I’m stoked.”

McLaughlin added: “That was tough. I hit the wall a number of times just trying to get the most out of it.

“It was a lot harder to drive today than yesterday, I think we made some changes that weren’t right.

“Yesterday we’d hit [the inside kerb at Turn 1] and it’d be just like a little speed hump, but today it flies a little bit too long and I end up in the wall.

“After the last one I think I’d bent the car a little bit.

“But we’re there, we’re not far away, it just wasn’t quite enough for pole.”

Coulthard's early lap was good enough for fourth, while Lee Holdsworth was the surprise package of the session with the fifth quickest time.

Nick Percat round out the Top 10, with Rick Kelly the best of the Nissan's in 11th.

There wasn't a single Tickford Ford near the pointy end of the field, Cam Waters the best of the Falcons way down in 16th.