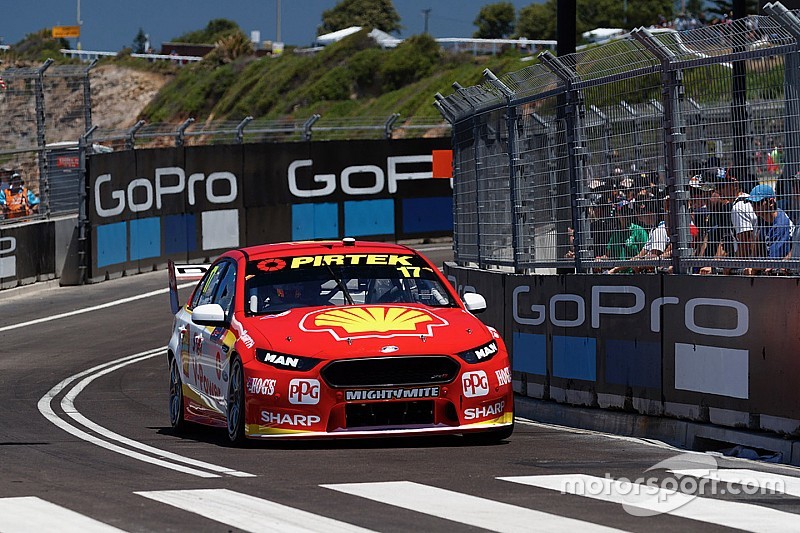 Scott McLaughlin will take a half-second margin into qualifying in Newcastle tomorrow after blitzing the field in today's second and final practice session.

It was all about the Red Bulls in the first 10 minutes of the session, Jamie Whincup setting the early pace before Shane van Gisbergen took over at the top with a 1m10.598s.

On the 12-minute mark McLaughlin enjoyed his first stint at the top, a 1m10.507s coming just a lap after the Penske driver misjudged Turn 2 and ended down the escape road.

It was a short-lived stint though, Whincup responding immediately with a 1m10.446s.

Times tumbled down to the low 1m10s as the session headed towards the halfway mark, Nick Percat leading the way with a 1m10.301s before being replace by Scott Pye's 1m10.1047s to go under Whincup's Practice 1 benchmark for the first time.

Right after the 20-minute mark McLaughlin took another step forward, breaking into the 1m09s with a two-lap stint that left him top with a 1m09.841s.

He wound up being the only driver to go under 1m10s. Whincup went closest with a 1m10.029s late in the session, but nobody could get close to McLaughlin – particularly when he improved to a 1m09.594s right at the death.

That left him 0.4s clear of title rival Whincup.

"Look, it's Friday... I wish it was Saturday!" said McLaughlin.

"The car is really nice. It wasn't bad in the first practice, but it wasn't anywhere like it is now."

Todd Kelly, celebrating his final start as a full time Supercars driver this weekend, ended up third quickest with a 1m10.083s, edging out Scott Pye, who carried over his promising form from Practice 1.

Fabian Coulthard was fifth fastest ahead of Tim Slade and David Reynolds, while Garth Tander, Percat, and James Courtney rounded out the Top 10.

It was a tough session for Prodrive, Cam Waters the best performer down in 13th.

That was one spot clear of Shane van Gisbergen, who complained that something may be broken in his Triple Eight Commodore after struggling for pace.