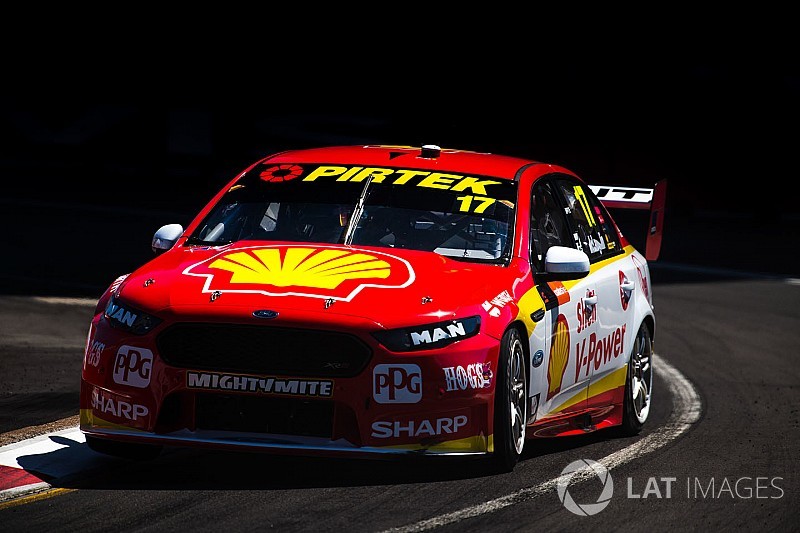 Scott McLaughlin is in a great position to maintain the championship lead and securing the crown after snagging pole position for the Virgin Australia Supercars season finale.

McLaughlin collected his 33rd career pole and 16th of the season in a critical Top Ten Shootout that could decide the 2017 championship.

His DJR Team Penske teammate Fabian Coulthard was the first driver out, but a brake lockup kept him down in eighth on the time sheets.

"It's not ideal, but when you qualify tenth for the Shootout, you got everything to gain," he said after the run.

Todd Kelly was up next in his final qualifying session before retirement. Although he ran wide at Turn 11 and clocked in last of the ten runners, he remained positive ahead of his final start.

"Really happy to be in the Shootout and having a lot of fun today," he said.

Michael Caruso was the first driver with a mistake-free run, setting the mark at 1:11.0046. But championship challenger Jamie Whincup was the first into the tens with a 1:10.8665. However, it would not be enough for his 76th career pole.

"That's all she's got," he admitted. "We haven't been the quickest this weekend, but we'll see where we end up."

Rick Kelly got within eight hundredths of Whincup's lap, but it was McLaughlin that came along to cast him down with a 1:10.5212. The lap was a full three tenths clear of Whincup's and was ultimately too much for anyone to match.

Shane van Gisbergen gave it a strong go, but fell 0.0290 short and will start to the outside of the front row. David Reynolds, who left the track frustrated with SVG after Saturday's race, qualified directly behind in third. Mark Winterbottom was the fastest man in qualifying, but his lap was only good enough for fourth in the Shootout. Whincup rounded out the top five.