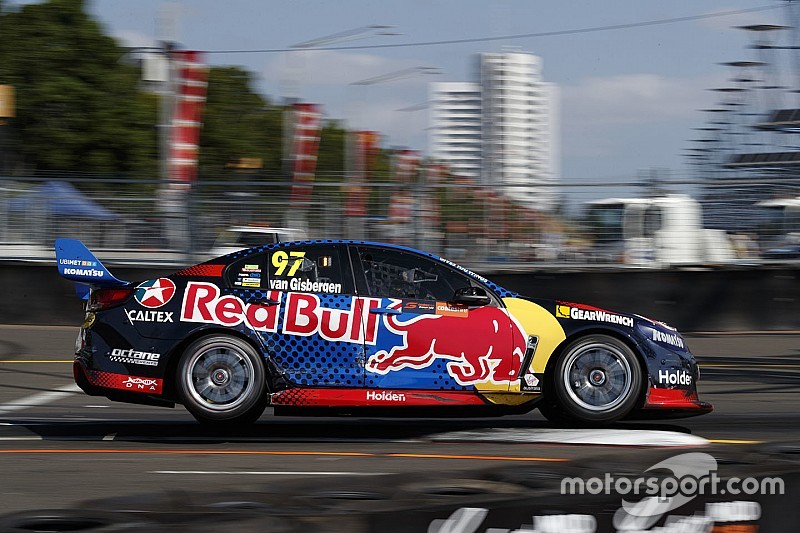 The new Supercars champion Shane van Gisbergen may not take the #1 for the 2017 season, claiming he would prefer to keep the #97 that took him to a maiden title this season.

Despite having sealed his first Supercars title this weekend, there are no guarantees that van Gisbergen will carry on the tradition of running the #1 on his rear-side windows next season.

In fact, the Kiwi says he will fight with team boss Roland Dane to keep his #97 on the side of his Commodore.

“I’m probably going to have an arm wrestle with Roland over that one,” he said.

“I like #97. You don’t have to put a target on yourself, everyone knows that we’ve got it. Next year is a new year for me.

‘Didn’t know how to approach the race’

Needing just fifth to seal the title, the polesitter made an average start before being shuffled down to sixth on the opening lap. He then made clumsy contact with Mark Winterbottom, which earned him a drive-through penalty and dropped him almost right to the back.

But a stirring drive back through the field, and a well-timed Safety Car, helped him finish third and secure the first title for a New Zealander since Jim Richards in 1991.

Looking back on the topsy turvy race, van Gisbergen admitted that he was uncertain about what approach he should take in the early stages, which led to his awkward driving.

“I didn’t really know how to approach the race,” he said.

“Obviously we knew what job we had to do, we did step one of that this morning in qualifying, and in the race I knew people would take advantage if they had a shot and I was just too conservative.

“I got bumped around at [Turn] 1, I let everyone go and then at [Turn] 2 got a hit, so there was a bit of carnage, and then passing back through I just wasn’t assertive enough like I normally am – normally I just throw it in and get it done.

“I just hesitated and it cost us, so once I was in that position, nothing to lose, I just went crazy and hit everything except other people.

“[It] was a pretty awesome day to get back through to third and see my father and mum and my team there, everyone was so stoked, and myself included. It’s been a pretty awesome few years in the series and now to finally be champion of your sport, a lifetime goal, it’s pretty awesome.”