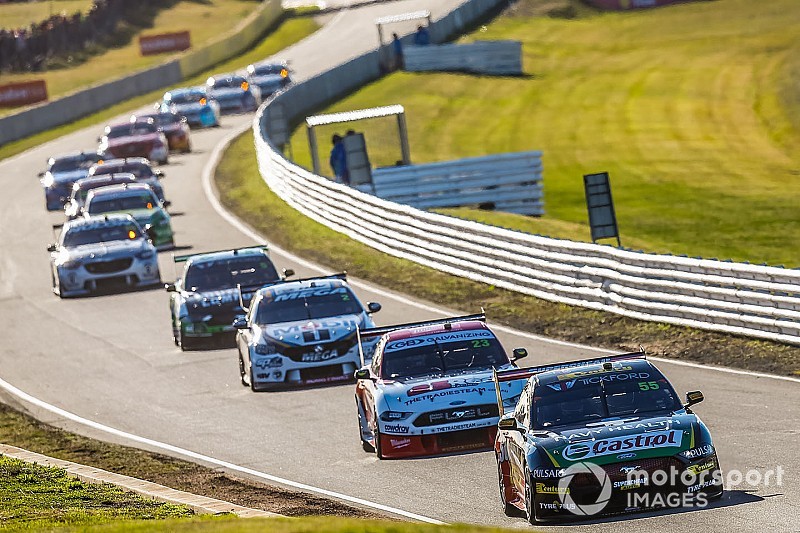 The Holden and Nissan Supercars teams may have to take a "year of pain" from the Ford Mustang for the good of Supercars, says team boss Ryan Walkinshaw.

The Mustang, a seven-times winner from eight races so far this season, has sparked a significant parity debate in Supercars, one that's already led to a centre of gravity change being imposed on both the Ford and Holden models.

However it's aero that continues to be the key topic, thanks to a perceived advantage for the Mustang in long, high-speed corners.

The category is continuing to evaluate the aero on all three of the currently-homologated models, with mid-season changes to the Mustang not out of the question.

But according to rival team boss Walkinshaw that may not be the fairest way address the issue.

Speaking on the latest Below the Bonnet podcast, Walkinshaw says the fact that the Mustang was approved using the existing VCAT process means it could be a mistake to change it now.

Instead, he says the aero homologation process needs to be improved and adapted so that future seasons aren't affected by the same debate.

"I think it would be taken very negatively by the fans," said Walkinshaw about an in-season aero adjustment.

"We need to do a better job of coming up with a new process that is more accurate and has more data so that at least in the future we don't make any mistakes again.

"So there's a fair argument [for Ford teams] to say 'hey guys, shut the hell up, that was the process, you approved it, get on with, for this year suck it up'. Maybe we need to do that. Maybe that's the fair thing to do. I don't know.

"From my personal view I hope not, but if I'm thinking about the sport and the fans, maybe we need to take a year of pain. Maybe that's a bit of punishment for us not having a better process in place in the first place."

Any new process would likely include testing a car's aero efficiency on an angle, rather than a focus on downforce made in a straight line.

There were discussions regarding a wind tunnel test at Monash University in Melbourne during the short gap between the Symmons Plains and Phillip Island rounds. However those plans were scrapped by Supercars in the lead up to last weekend's Symmons round, the primary reason for which is understood to be a lack of space to test cars on an angle.

According to Walkinshaw, standard straight line tests in a wind tunnel would be unlikely to offer more information than the VCAT tests did back in December. And with no suitable facilities for side-on wind tunnel in Australia, it's something that would likely need to take place in the US – making it an expensive process.

"The Monash wind tunnel, which is where I hear the rumours of where the wind tunnel test was supposed to be, isn't wide enough to put cars at angles. And so, if you're just having it down a straight line, it's the same thing that we're already doing with the runway test," he said.

"In an ideal world, the best thing you could do is send one car from each brand over to the US to Windshear or somewhere like that where you can put all the different side profiles on, and you'll get a huge amount of data there that would back up your CFD work. CFD can get you so far, but sticking a car in a wind tunnel, and you match that to the CFD, you'll get a much, much better model.

"We all want to have fair racing and to do that we need to be willing to change our processes to get more accurate data.

"I don't know how we're going to do that; I've given you my ideal situation, but that's expensive."

Listen to Ryan Walkinshaw's full Below the Bonnet interview below.