Ford returns to Supercars with Mustang 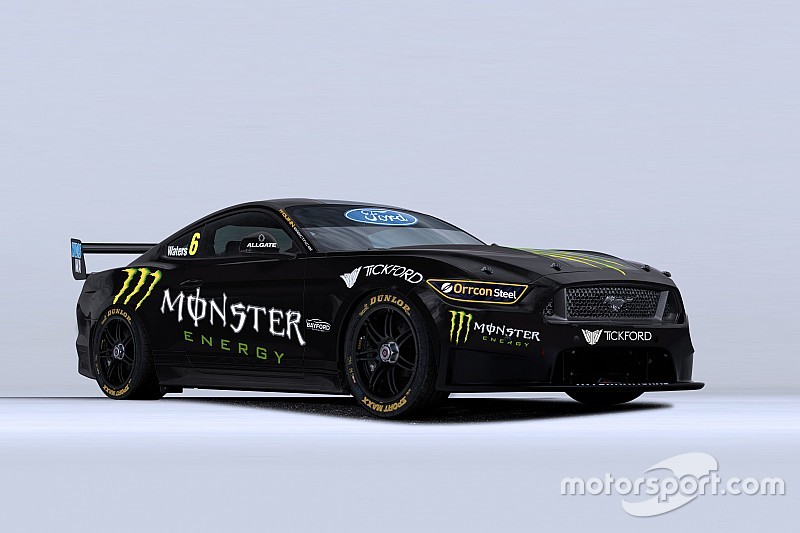 Ford Australia will revive its factory involvement in Supercars next season through a remarkable new programme that includes bringing the Mustang bodyshape to the series.

The brand completed its withdrawal as an official Supercars manufacturer at the end of the 2015 season, its involvement since then based on licensing agreements with Tickford Racing and DJR Team Penske rather than genuine funding.

But that's set to change next season, with Ford Australia tying the introduction of the Ford Performance brand to its local arm with a renewed investment in Supercars.

Making Ford's return to the series even more sensational is confirmation that the two-door Mustang will debut next season.

The current Ford teams have been evaluating the Mustang as a replacement to the FG-X since 2016, this new Ford deal clearing the funding and IP permissions hurdles to allow the muscle car plan to go ahead.

It will be the first two-door model to make use of the Gen2 regulations and be powered by the five-litre V8 engine.

“There’s been a lot of speculation and calls for Mustang to be on the track, and as a Ford Performance model that’s raced around the world, it’s fitting that Australia’s most popular sports car should be on our race tracks.”

The car will be developed as a four-way venture between both of the current Ford outfits, Ford Performance in Australia, and Ford Performance in the US, which opens the door for DJRTP's aerodynamics guru and superstar race engineer Ludo Lacroix to have an influence on the development.

DJRTP will also take over from Tickford as the primary Ford homologation outfit, although that will have little bearing on the workload each team will put into the project.

It's already been a rollercoaster ride for the Mustang in Supercars. Back in 2016, the Ford teams began heavily investigation it as a possible replacement to the FG-X, with the understanding that 2018 was the target for a change.

By early 2017 there was pressure being put on Ford to help fund a new model, with hopes that Roger Penske could use his contacts in the US to get Ford Performance backing. However, at that stage Ford was unmoved on the idea at a Global level.

Penske has since flirted with the idea of bringing a new manufacturer into Supercars, including recent threats of a move to Holden should Ford not come to the party.

This new deal locks the front-running squad into the Blue Oval for the foreseeable future.

“This is an exciting announcement for DJR Team Penske and for the Virgin Australia Supercars Championship,” said Roger Penske.

“We have been working closely with the Ford Motor Company over the past few years and this really builds a lot of momentum for Supercars.

"Ford’s dedication to the technical aspects of this process will continue to raise the bar for DJR Team Penske and the other Ford teams. The Mustang brand has such an iconic history in motorsports and it will be great to be racing them in multiple series.”

Ford hasn't put a timeframe on its new commitment to Supercars.