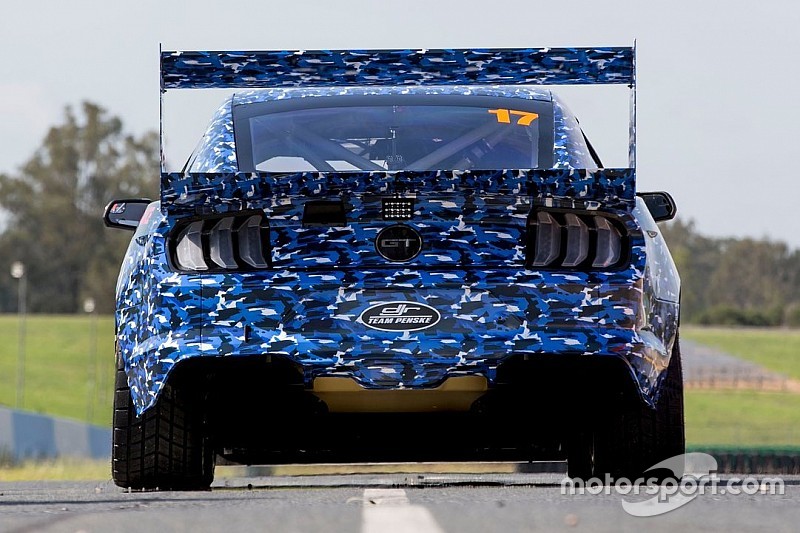 The Supercars-spec Mustang breaking cover has inspired a wave of social media reaction over the past 24 hours, with opinion split on the look of Ford's new flagship Aussie racer.

The Mustang completed its first test at Queensland Raceway yesterday, marking the official unveiling of what is the first two-door Supercar.

The much-anticipated track debut of the car sent social media into overdrive, with both fans and team personnel split on the look of the Mustang.

While the lines have been well-disguised by the camouflage livery, the huge rear wing, bulging roof line, and swooping low front grill got the most attention as the development team looks to wrap a two-door body shape around the control Supercars chassis.

It was all good news from the Scott McLaughlin, the man given the honour of turning the Mustang's first laps tweeting that it is his "new favourite pony".

Walkinshaw Andretti United co-owner Ryan Walkinshaw, meanwhile, took the opportunity to highlight the high roof line caused by the roll hoop on the control chassis, which is understood to be one of the stumbling blocks facing WAU's plan to bring the Camaro to Supercars.

Check out a selection of Twitter reaction – both good and bad – below.