Mustang cleared to race in Supercars

The Ford Mustang has completed its official aero homologation test, with both Supercars officials and rival teams signing off on the car ahead of its 2019 debut.

The Supercars Controlled Aerodynamic Testing, known as VCAT, lasted a whole nine days, with the DJR Team Penske-developed Mustang put through its paces against the ZB Commodore and Nissan Altima models.

The testing took place at an airfield in New South Wales, and follows pre-homologation tests for the Mustang at Queensland Raceway and Phillip Island.

Both series officials and rival homologators Triple Eight Race Engineering (Holden) and Kelly Racing (Nissan) have now signed off on the car's aero, which clears the way for it to make its competitive debut at the Adelaide 500 next March.

“The Mustang project has now been ongoing for over 18 months, so getting the tick of approval through the VCAT testing process is a great milestone,” DJR Team Penske Managing Director Ryan Story said.

“That is only step one for us, however, as we must now get the racecars built and ready to perform for the 2019 season. We’re very proud of Mustang in our first effort as Ford’s Supercars homologation team and are very much looking forward to doing the ‘Blue Oval’ proud in coming years.”

Supercars CEO Sean Seamer added: "This is the final step in seeing the iconic Ford Mustang back on Australian race circuits, and we can’t wait to see it in its full glory at the Adelaide 500 next year.

“We thank the all of those involved in the homologation process, and the hard work they have put in to making happen, including incumbents Red Bull Holden Racing Team and Nissan Motorsport.

“DJR Team Penske, Tickford Racing and Ford Performance have done an outstanding job to build a Supercar which will no doubt continue Ford’s successes of this year.”

As reported by Motorsport.com, Kelly Racing was also planning to use the test to make an aero change to its Altima.

Supercars is expected to confirm if any changes were signed off on with the Nissan package tomorrow. 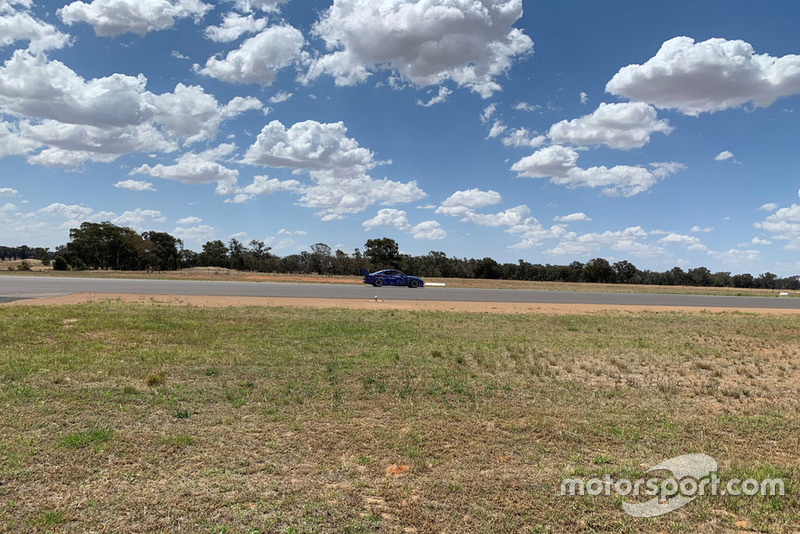 Supercars to use knockout qualifying at more races in 2019

Adderton hits out at sponsor clash