Waters sure Mostert will laugh off teammate tangle 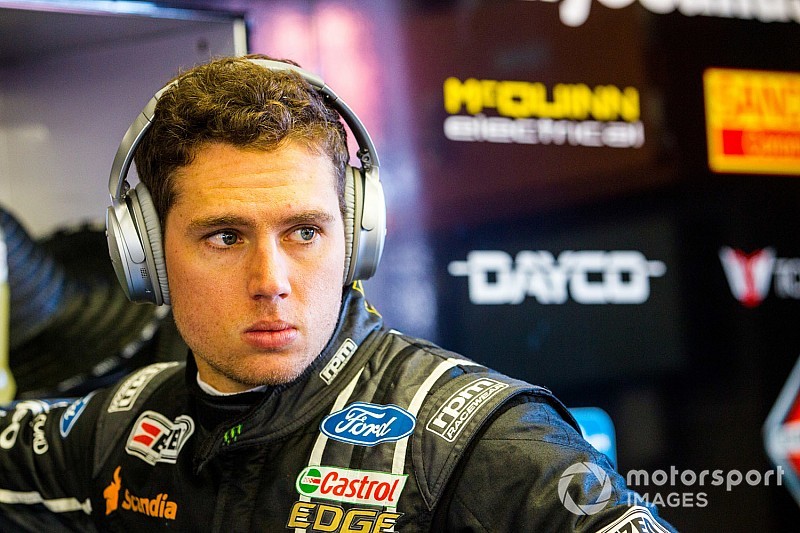 Cam Waters is confident that he and Tickford teammate Chaz Mostert will eventually share a laugh over their awkward clash in Pukekohe.

The pair came to blows while squabbling over what was effectively third place during today's 200-kilometre contest in New Zealand, contact on the way into Turn 5 leaving Mostert with badly damaged suspension.

Waters went on to finish the race third, while a lengthy stint in the pits for repairs left Mostert 14 laps behind winner Shane van Gisbergen.

The clash drew a fiery instant reaction from Tickford boss Tim Edwards, who told broadcaster Fox Sports that it was "stupid".

"Unfortunately Chaz was up the outside," Edwards added. "He should have just conceded. The pair of them shouldn't have been fighting that hard. But anyway, s**t happens..."

Waters, however, had a more light-hearted take on the incident.

He reckons it reflects the competitive friendship he and Mostert share, referencing hard-fought kart and luge battles while on holidays together in Queenstown last week.

"Chaz and I were just having a ding-dong battle," he said.

"We were racing each other probably a little bit too hard. We've got a tendency to do that; we were at the hire karts the other day and took each other out in that as well.

"We managed to take each other out in the luge as well, we just push each other way too much every time we're together. I think the team needs to strategise and get us apart.

"It's not great. We're teammates, you don't want to be running in to each other. I don't know whose fault it is, it's probably a bit of both of us.

"But sorry to the #55 guys, we want all the cars to be up the front together."

Waters added that he doesn't expect there to be any lingering bad blood.

"Chaz is probably disappointed at the moment, I'd be exactly the same if I was in his shoes," he said.

"But I think he'll appreciate that we were racing hard together, and we were trying to keep it as clean as we could.

"We'll be right, we'll laugh about it and buy each other a beer."

In a TV interview shortly after the race Mostert took a philosophical view.

"Look, it is what it is," he said. "Sometimes you just made the smallest contact and these cars, we're wheel-to-wheel, you could easily break something.